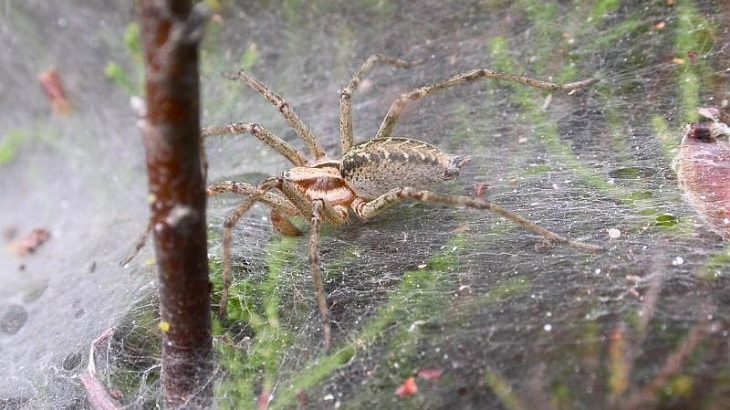 What makes some species prosocial and others solitary and aggressive towards members of their own kind?

Researchers from the National Centre for Scientific Research in France studied spiders to see why young spiderlings who have a high level of social tolerance later disperse to live in solitary isolation.

This dispersion coincides with a major decrease in social tolerance in adult spiders with some even eating other members of their species.

It is not well understood why prosocial behaviors are so sporadic or temporary for some species or why isolation leads to social intolerance.

The researchers monitored spiderlings that belonged the labyrinth spider species (Agelena labyrinthica), which are solitary.

Behavioral and chemical modeling were used to determine what underlying mechanisms drive the transition from prosocial to antisocial and eventual isolating dispersal.

The researchers found that as a spiderling matures, it naturally gains more mobility and freedom to wander. This increased mobility leads to the spider dispersing away from its siblings. After five days, the researchers saw that the spiderlings dispersed without any changes in social behavior.

However, once away from the pack, an isolated spider started exhibiting aggressiveness, and social isolation changed the way the spider perceived other members of the same species.

Spiderlings that were socially isolated were aggressive to their siblings who had spent more time in close proximity.

Dispersion doesn’t directly cause aggression, but it’s a consequence of being socially isolated, the researchers found.

“We are now exploring the mechanisms explaining why spiderlings exposed to social isolation behave aggressively,” said Raphael Jeanson, the leader of the study. “Our favorite hypothesis, currently under testing, is that isolation leads spiderlings to forget the social cues emitted by siblings.”

The study, published in the journal PLOS Biology, could help researchers understand prosocial behaviors and dispersion in other species of solitary spiders.

“We believe that our findings open interesting perspectives to understand how permanent sociality, which characterizes about 30 out of the almost 50,000 species of spiders described thus far, has evolved,” said Jeanson.