Some beaked whales live a "faster" lifestyle than expected • Earth.com 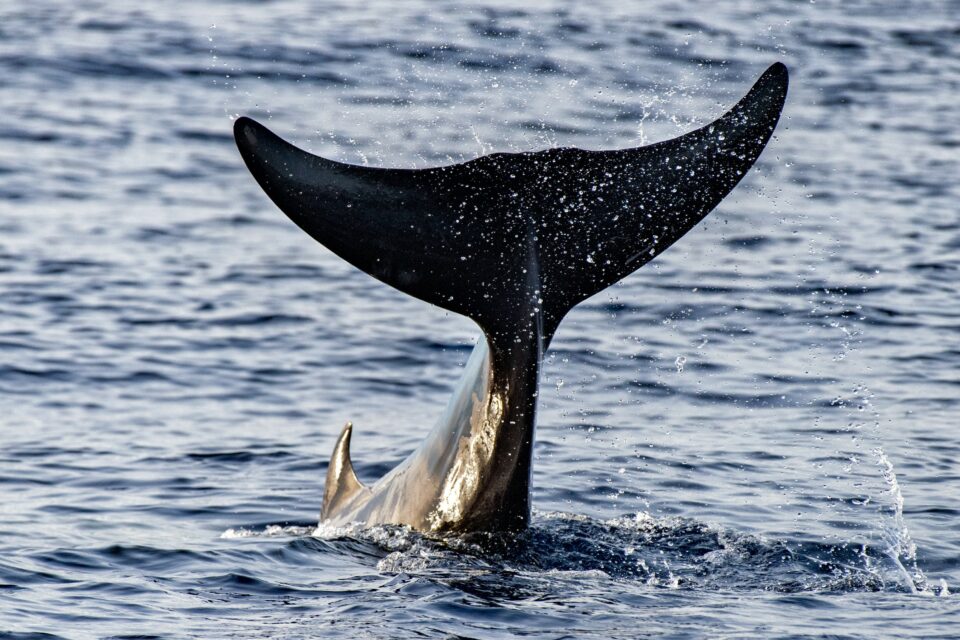 There are 16 species of beaked whales in the genus Mesoplodon, making this the largest cetacean genus. The habits of most of these species are largely unknown because the whales are shy, slow-moving and difficult to observe. In fact, some types of beaked whales are only known from dead specimens that have washed ashore.

Mesoplodont whales represent one of the least studied mammalian groups, as evidenced by the fact that three new species have been identified in the past 30 years. The most recent of those species, Ramari’s beaked whale (M. eueu), was described to science just last year.

The beaked whales all tend to have spindle-shaped bodies and small dorsal fins, making the species difficult to tell apart in the field. Also, since they often occur in the same areas and forage at similar depths, they are thought to compete with one another for the same prey items – deep sea squid and small fish. Closely related species usually show different foraging strategies, reflecting the evolutionary drive to optimize foraging performance and minimize interspecific competition. However, this does not seem to be the case amongst this group of closely related beaked whales.

Individuals from some species have been fitted with biologgers, attached to their backs with suction-cups, and the data recorded by these devices has given a glimpse into the underwater lives of these whales. Typically, beaked whales have a low-energy lifestyle. They swim slowly and perform extreme deep dives using an energy-conserving swim-style. They hunt for prey in the ocean depths and can remain underwater for up to an hour.

Sowerby’s beaked whale (Mesoplodon bidens), described in 1804, was the first of these small cetacean species to be identified. But because the species is retiring, seldom observed and lives in open ocean areas, little is known about its behavior. Until recently, individuals from this species had not been fitted with biologgers. However, after years of effort, scientists have now been able to attach the tracking devices to two of these whales and the data has revealed some surprises.

The international team of biologists, led by Fleur Visser of the University of Amsterdam (UvA) and the Royal Netherlands Institute for Sea Research (NIOZ), received data from the biologging tags that revealed the diving, movement and echolocation strategies of these whales. The results, published recently in the Journal of Experimental Biology, showed that Sowerby’s beaked whales actually move around and hunt much faster than other, related species.

This first record of a ‘fast’ beaked whale suggests that Mesoplodont whales exploit a broader diversity of deep-sea niches than previously thought. The deep-sea is a rich and diverse hunting ground for marine mammal predators, that have clearly developed a wider range of specialized strategies to be able to exploit it than was previously known.

The marked deviation of Sowerby’s beaked whales from the typically slower behavior of other beaked whales also has potential implications for their response to man-made sounds, which appear to be strongly behaviorally-driven in other species.