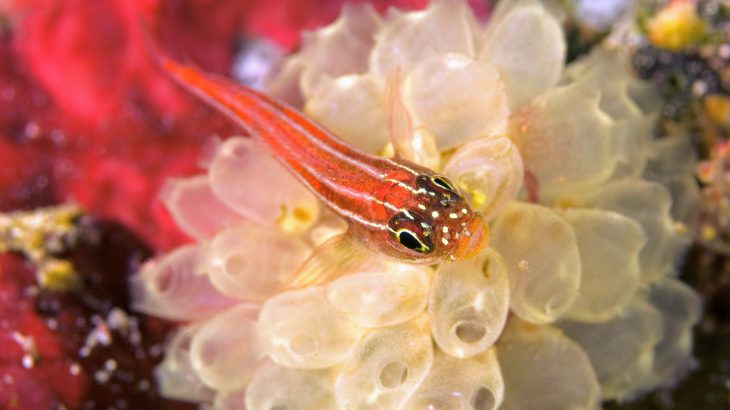 A new study from the University of Adelaide has revealed that some fish develop larger sex organs when they are exposed to high levels of CO2. The experts report that the reproductive capacity of these fish will increase as the oceans continue to absorb carbon emissions.

The researchers said that far from the negative effects expected under the elevated CO2 levels in our oceans predicted for the end of the century, these fish capitalize on changes to the underwater ecosystems to produce more sperm and eggs.

“The warming oceans absorb about one-third of the additional CO2 being released into the atmosphere from carbon emissions, causing the oceans to acidify,” said study lead author Professor Ivan Nagelkerken.

“We know that many species are negatively affected in their behavior and physiology by ocean acidification. But we found that in this species of temperate fish – the common triplefin – both males and females had larger gonads under conditions of ocean acidification. This meant increased egg and sperm production and therefore more offspring.”

The experts studied the common triplefin near underwater volcanic CO2 vents to analyze how fish will respond to the ocean conditions predicted for the end of this century. The researchers found that higher levels of ocean acidification did not have negative effects on the fish. For example, developing larger gonads did not come at a physiological cost for the triplefins.

“We found males were eating more. They showed intensified foraging on more abundant prey – which was more abundant because of the increased biomass of algae that grows under the elevated CO2,” said Professor Nagelkerken.

“The females, on the other hand, did not eat more. They instead reduced their activity levels to preserve energy and then invested this in larger ovaries.”

“We also found there were more mature males under elevated CO2 and, in this species where it is the males that take care of the eggs, that means we have more parents nurturing the egg nests, which could increase offspring.”

According to the researchers, less dominant fish species did not exhibit higher reproductive output, which was likely due to their less competitive nature.