Some guppies have no self-control • Earth.com 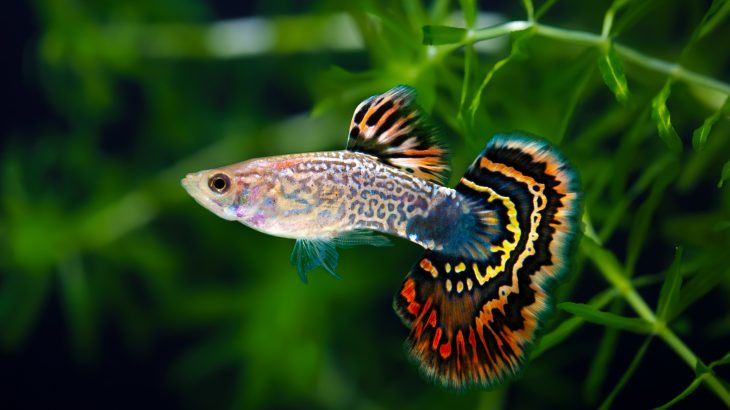 Some guppies have no self-control

Some guppies have no self-control. In a new study led by the University of Exeter, researchers have found that guppies have varying levels of self-control. The experts report that Trinidadian guppies lack the ability to resist ill-natured impulses on an individual level, and also when compared to other guppy species.

The team studied the behavior of Trinidadian guppies with a focus on “inhibitory control,” or the capacity to suppress unhelpful impulses and urges.

For the investigation, the tiny fish were first taught how to swim into a cylinder to get food. Next, a cover was removed to make the cylinder transparent.

The study revealed that there was “consistent individual variation” among the guppies, and some had more self-control than others.

“Studies of inhibitory control have traditionally focussed on a few bird and mammal species, but we now know it exists in a wide range of animals,” said Dr. Alessandro Macario.

“As well as finding consistent differences between individual guppies, the population of guppies we studied were, on average, half as able to control impulses as a different strain of guppies tested in a previous study under similar conditions.”

“We can’t be certain about the causes of this difference, but it’s possible that the strain we studied had evolved in different social and environmental conditions – with less need for inhibitory control.”

The study was focused on captive females, and each guppy was tested multiple times. Overall, the fish inhibited the urge to swim directly at the food in 28.5 percent of trials.

The fish showed no signs of improvement over time, but the researchers say this may have changed if the guppies had been tested for longer.

“Our study is a first step towards understanding how inhibitory control has evolved in guppies,” said Professor Darren Croft. “Guppies live in small rivers alongside predators so, for example, they might need the ability to hide and resist the urge to leave that hiding place to get food.”

“The next step in this research is to examine the extent to which this trait affects guppies’ chances of survival or reproduction.”

The study is published in the Journal of Fish Biology.