Some marine animals can shield others from climate change • Earth.com 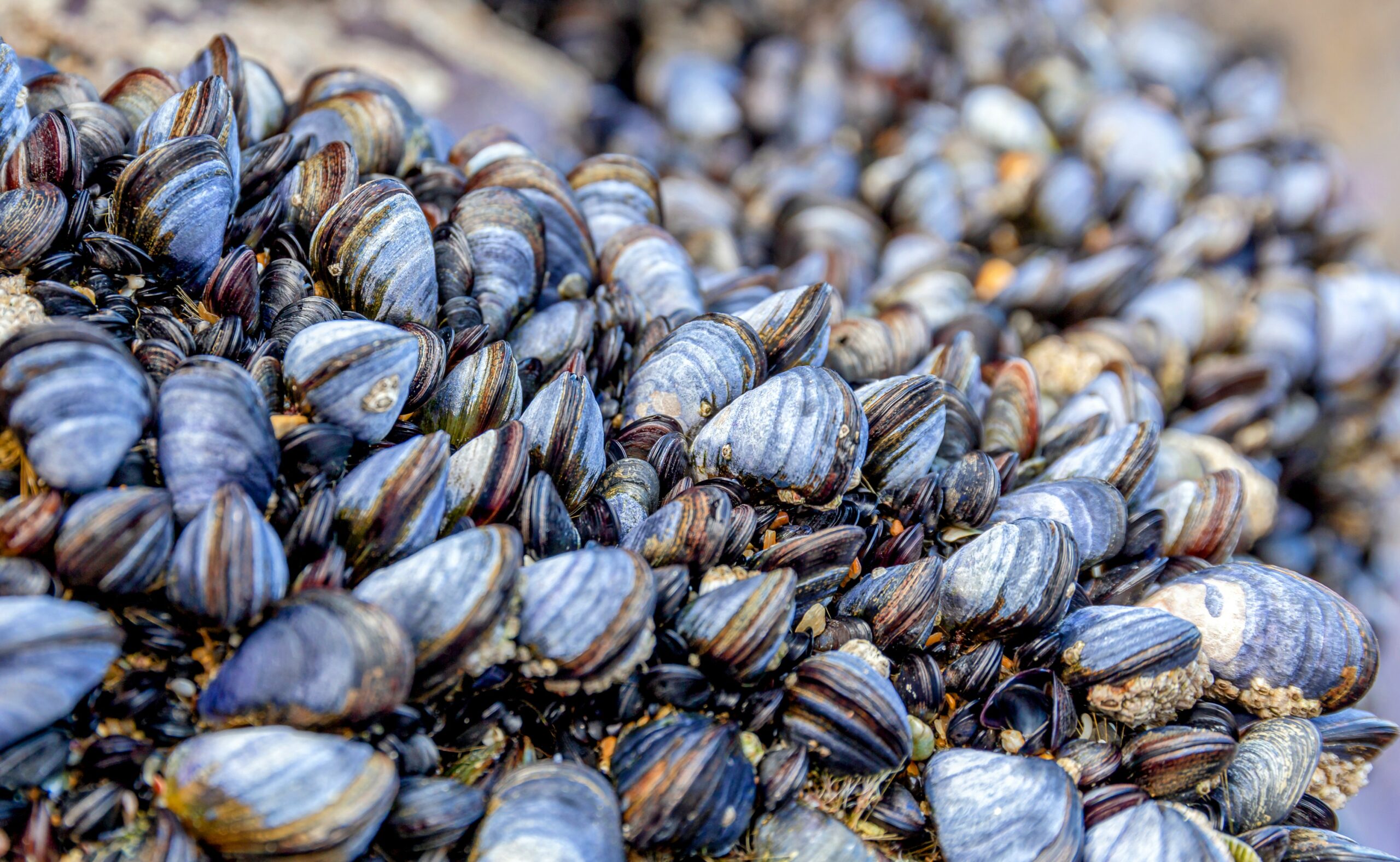 Some marine animals can shield others from climate change

Marine animals may be able to help each other out as they attempt to adjust to rising temperatures and climate change. A new study led by Professor Laura Jurgens of Texas A&M University at Galveston has revealed that some marine species can help shield others from heat.

“A huge fraction of global biodiversity resides within biogenic habitats that ameliorate physical stresses. In most cases, details of how physical conditions within facilitative habitats respond to external climate forcing remain unknown, hampering climate change predictions for many of the world’s species,” wrote the study authors.

“Using intertidal mussel beds as a model system, we characterize relationships among external climate conditions and within-microhabitat heat and desiccation conditions. We use these data, along with physiological tolerances of two common inhabitant taxa (the isopod Cirolana harfordi and the porcelain crab Petrolisthes cinctipes), to examine the magnitude of climate risk inside and outside biogenic habitat, applying an empirically derived model of evaporation to simulate mortality risk under a high-emissions climate-warming scenario.”

The tiny crabs and isopods live on rocky shores in the mussel beds. Ultimately, the researchers found that these mussel beds shield the tiny marine animals from temperature swings and keep them from drying out and dying on hot, sunny days.

“These mussel beds provide a sort of ‘ecological air conditioning system’ within their canopies, just like forests,” explained Professor Jurgens. “The results show how conserving habitats formed by plants and animals can help buy time for heat-sensitive species, helping them weather the near-term effects of climate change. But it also means that habitat destruction can make other species more vulnerable to climate warming.”

Without the protection of mussel beds, some marine animals cannot survive under present-day conditions, said Professor Jurgens. “But they can tolerate even a worse-case climate scenario for perhaps as long as the year 2099 as the mussel bed environment remains intact.”

According to Professor Jurgens, the research shows that it is more important than ever to protect vulnerable habitats like mussel beds, which are threatened by trampling and destructive recreational harvests of mussels in many coastal areas of the United States.

“Our results suggest that, when biogenic habitats remain intact, climate warming may have weak direct effects on organisms within them,” wrote the study authors.”Instead, risk to such taxa is likely to be indirect and tightly coupled with the fate of habitat-forming populations. Conserving and restoring biogenic habitats that offer climate refugia could therefore be crucial to supporting biodiversity in the face of climate warming.”

The study was funded by the National Science Foundation and is published in the journal Ecology.