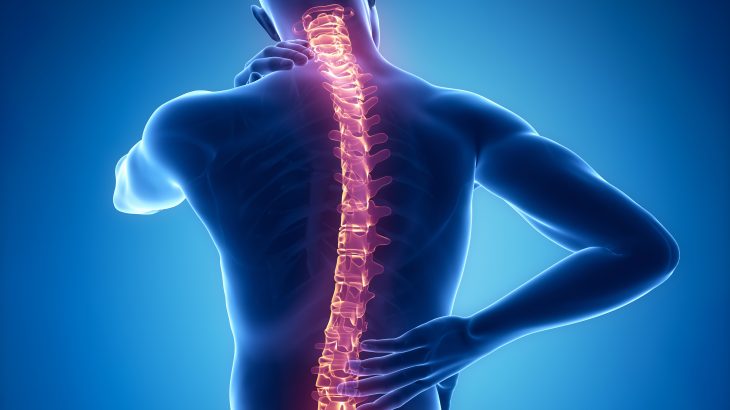 The spinal cord is “smarter” than previously realized, as a new study recently found that the nerves that run down the spinal column can control complex motor functions in humans.

The brainstem connects the brain to the spinal cord, a long column of nerve fibers that runs down the spine and sends signals from the rest of the body to the brain and vice versa.

The nerve circuits in the spinal cord control very basic reflexes like the pain reflex, but researchers from Western University discovered that the spinal cords neural circuitry has been largely underestimated.

In a new study published in the journal Nature Neuroscience, it was discovered that the spinal cord can control other reflexes and motor functions.

“This research has shown that a least one important function is being done at the level of the spinal cord and it opens up a whole new area of investigation to say, ‘what else is done at the spinal level and what else have we potentially missed in this domain?’” said Andrew Pruszynski, the senior researcher for the study.

To test this, the researchers asked participants to keep their hand in a target position and wait for a specially programmed robot to swat or bump their hand away.

“We found that these responses happen so quickly that the only place that they could be generated from is the spinal circuits themselves,” said Jeff Weiler, a lead researcher for the study. “What we see is that these spinal circuits don’t really care about what’s happening at the individual joints, they care about where the hand is in the external world and generate a response that tries to put the hand back to where it came from.”

“We are showing they can actually do something much more complicated – control the hand in space,” said Pruszynski.

The researchers say the study opens up new avenues for neuroscience research and could help create new methods to repair and rehabilitate spinal cord injuries.

“A fundamental understanding of the neurocircuits is critical for making any kind of progress on rehabilitation front,” said Pruszynski. “Here we can see how this knowledge could lead to different kinds of training regimens that focus on the spinal circuitry.”