"Stealth” ocean discovered on one of Saturn’s moons • Earth.com 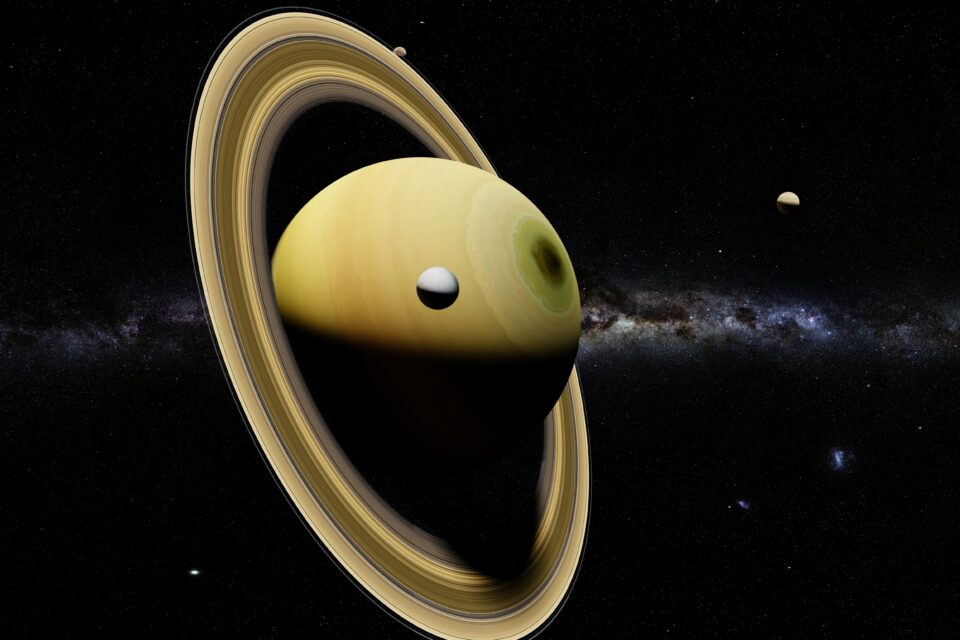 One of the most striking discoveries in Astrophysics over the past decades is that planets or satellites with oceans beneath layers of rock or ice are quite common in our solar system. Some major examples of these “interior water ocean worlds” (IWOWs) are the icy satellites of giant planets, such as Europa, Enceladus, or Titan, or distant planets like Pluto.

Mimas is the small, innermost moon of Saturn, which was previously thought to be a frozen, inert satellite. By identifying a curious libration, or oscillation, in the rotation of Mimas, a research team led by the Southwest Research Institute (SwRI) has discovered that this satellite is in fact an IWOW. The experts found a liquid, internal ocean hidden under a thick icy shell.

“Because the surface of Mimas is heavily cratered, we thought it was just a frozen block of ice,” said study lead author Alyssa Rose Rhoden, an expert in the Geophysics of icy satellites at SwRI. “IWOWs, such as Enceladus and Europa, tend to be fractured and show other signs of geologic activity.”

“Turns out, Mimas’ surface was tricking us, and our new understanding has greatly expanded the definition of a potentially habitable world in our solar system and beyond. If Mimas has an ocean, it represents a new class of small, ‘stealth’ ocean worlds with surfaces that do not betray the ocean’s existence.”

According to the scientists, tidal heating within this satellite must be large enough to keep the ocean from freezing, but small enough to maintain a thick, steady-state ice shell covering it. Further research is needed to shed more light on the complex factors leading to this peculiar equilibrium on Mimas, and to clearly understand how its ocean formed and evolved.

“Although our results support a present-day ocean within Mimas, it is challenging to reconcile the moon’s orbital and geologic characteristics with our current understanding of its thermal-orbital evolution,” Rhoden said.

“Evaluating Mimas’ status as an ocean moon would benchmark models of its formation and evolution. This would help us better understand Saturn’s rings and mid-sized moons as well as the prevalence of potentially habitable ocean moons, particularly at Uranus. Mimas is a compelling target for continued investigation,” she concluded.

The study is published in the journal Icarus.