Stress has an odor, and dogs can smell it on us • Earth.com 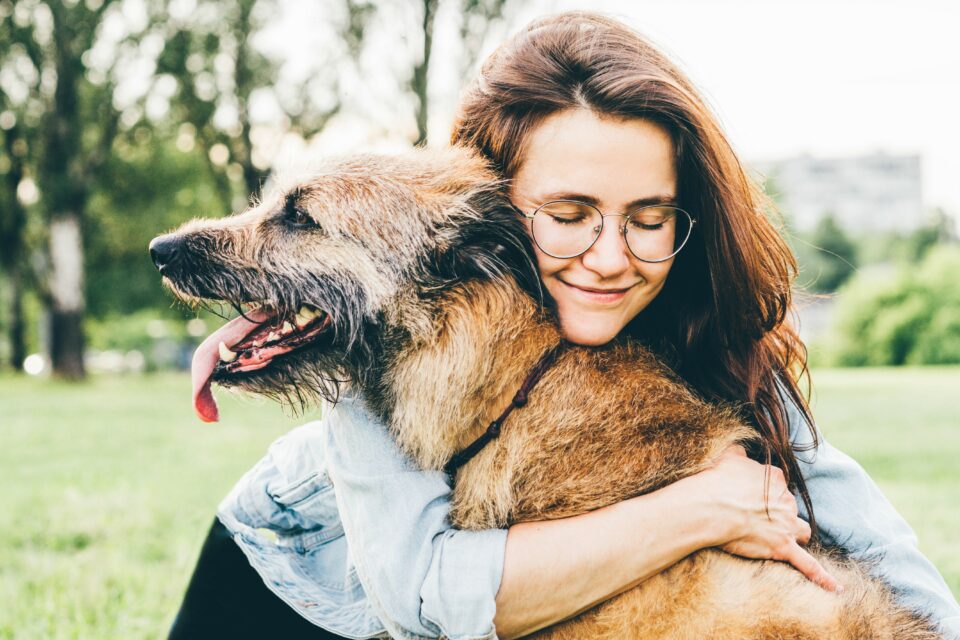 The use of service dogs to support people with psychological conditions such as anxiety, panic attacks and post-traumatic stress disorder is growing in popularity. Such dogs are reported to improve a sufferer’s quality of life and social connections. In addition, they are able to help reduce the number of panic attacks, or the severity of PTSD symptoms, by behaving in a way that ‘calms’ the sufferer, or ‘interrupts’ his or her anxiety. Clearly, the dogs are able to perceive and respond to their owners’ psychological distress, but the mechanisms by which they do this are currently not understood.

A new study by researchers from Queens University, Belfast, and Newcastle University in the U.K. has investigated whether dogs can in fact smell when a person experiences stress. Given the excellent sense of smell that dogs have, and the fact that they have lived in association with humans for thousands of years, the researchers wondered whether dogs are able to perceive the chemical signals associated with stress in their owners.

The experience of stress is the main characteristic of people who suffer from anxiety, panic attacks and PTSD. Stress results in physiological changes in the body, including the release of epinephrine and cortisol hormones into the bloodstream, and increases in heart rate, blood pressure and speed of respiration. The physiological response to psychological stress is rapid, bringing about these changes within a few seconds. The researchers hypothesized that dogs, with their superior sense of smell, may be responding to olfactory cues produced by humans that are in a state of psychological stress.

In order to test this hypothesis, the researchers collected samples of breath and sweat from non-smoking participants who had not recently eaten or drunk anything. Baseline samples were collected first, and then the participants were given a fast-paced arithmetic task that provoked stress, after which their breath and sweat odors were again collected. In addition, participants’ heart rate and blood pressure were recorded, along with their self-reported experience of stress level.

Thirty-six of the participants showed increases in blood pressure and heart rate during the test, and also reported increased levels of stress.  The samples from these participants were shown to trained dogs within three hours of being collected. Four dogs of different breeds and breed-mixes were trained, using a clicker and kibble rewards, to indicate the stress sample of a participant by adopting an alert posture.

The findings of the study are published in the journal PLoS ONE, and show that the dogs correctly detected and indicated (by alerting) 675 out of 720 stress samples. This equates to a success rate of 93.8 percent, which is far greater than would be expected if the alerting behavior were purely random (p<0.001).

The experts conclude that dogs can detect the odor associated with the change in volatile organic compounds produced by humans in response to stress, a finding that tells us more about the human-dog relationship and could have applications to the training of anxiety and PTSD service dogs that are currently trained to respond predominantly to visual cues.

“This study demonstrates that dogs can discriminate between the breath and sweat taken from humans before and after a stress-inducing task,” wrote the researchers.  “This finding tells us that an acute, negative, psychological stress response alters the odor profile of our breath/sweat, and that dogs are able to detect this change in odor.”