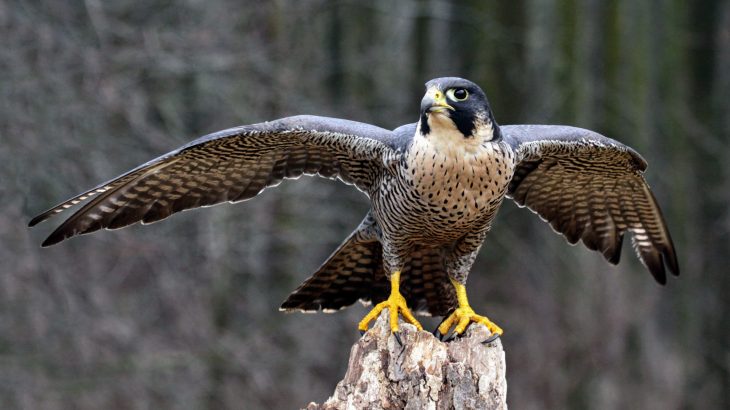 In a new study of peregrine falcons, experts have found compelling evidence that birds have a “migration gene.” The researchers said their findings add further evidence to suggest that genetics play a strong role in the distance of migration routes.

The study combined satellite tracking and genome sequencing to pinpoint a specific gene associated with migration in peregrine falcons. Best known for their ultrafast diving speeds, which can reach more than 200 miles per hour, peregrine falcons are the fastest birds in the world.

For the investigation, the experts tagged 56 peregrine falcons and monitored their migratory journeys by satellite. The annual flight distances and directions of the birds were tracked in great detail.

The peregrine falcons were found to use five migration routes across Eurasia. According to the researchers, these routes were likely established between the last ice age 22,000 years ago and the middle-Holocene 6,000 years ago.

Using complete genome sequencing, the team identified a gene that was associated with differences in migratory distance among peregrine falcons. This gene, ADCY8, is known to regulate long-term memory in other animals.

The researchers frequently found a variant of ADCY8 in long-distance migrant populations of peregrines. This finding indicates that the variant is preferentially selected because it increases long-term memory to support longer migrations.

Study co-author Professor Mike Bruford is a molecular ecologist from the School of Biosciences at Cardiff University.

“Previous studies have identified several candidate genomic regions that may regulate migration – but our work is the strongest demonstration of a specific gene associated with migratory behaviour yet identified,” explained Professor Bruford.

To predict the potential impacts of global warming, the team looked at simulations of future migratory behavior. “In this study we were able to combine animal movement and genomic data to identify that climate change has a major role in the formation and maintenance of migration patterns of peregrines,” said Professor Bruford.

The results suggest that if global warming continues at the current rate, peregrine falcons in western Eurasia have the highest probability of population decline and may stop migrating altogether.

“Our work is the first to begin to understand the way ecological and evolutionary factors may interact in migratory birds – and we hope it will serve as a cornerstone to help conserve migratory species in the world,” said study co-author Professor Xiangjiang Zhan.