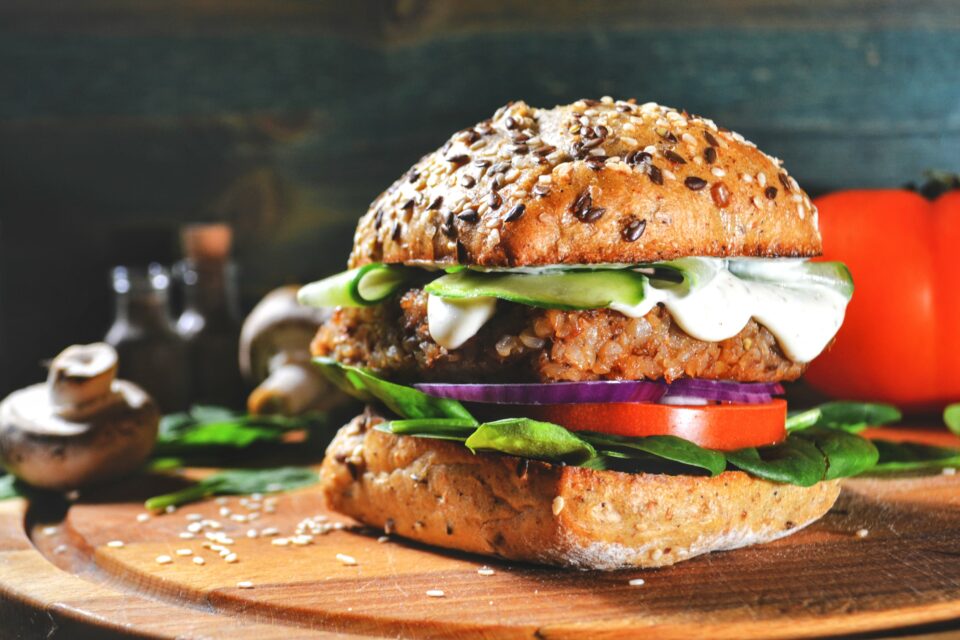 In recent years, there has been a dramatic increase in the number of plant-based burgers and other meat alternatives available on the market, and many of these products claim to provide the same amount of protein. However, little is known about the quantities of essential amino acids in meat alternatives, making it difficult to determine the usefulness of the protein they provide.

To investigate, researchers at the University of Illinois compared the protein qualities of meat and plant-based burgers. The study used the Digestible Indispensable Amino Acid Score (DIAAS) to investigate the digestibility and concentration of amino acids in each of the protein sources.

The burgers used in the study consisted of the soy-based Impossible Burger, the pea-based Beyond Burger, as well as pork and lean beef burgers. Each burger was fed to a pig, with the researchers measuring the digestibility of essential amino acids in each case. These “digestibility scores” were then used to produce values from the DIAAS.

The beef and pork burgers both scored DIAAS scores of 100+, giving them excellent status as protein providers for people of all ages. The Impossible Burger also scored excellent status, except for children under the age of three years old. The Beyond Burger only scored “good” status for ages three and up.

“We have previously observed that animal proteins have greater DIAAS values than plant-based proteins and that is also what we observed in this experiment,” stated study co-author Hans H. Stein.

All of the burgers studied would generally be eaten with buns, and the nature of these grain products would reduce the overall DIAAS scores. The Impossible Burger dropped to good status. Although pork and beef patties still saw a reduction, they maintained their excellent status.

“There was a greater DIAAS value of mixing either the pork or beef burger with the bun – values of 107 and 105 respectively, for the over-3 age group – than there was for the Impossible Burger, which had a DIAAS value of 86 if consumed with the bun. That means you need to eat 15% more of the Impossible Burger- bun combination to get the same amount of digestible amino acids as if you eat the pork-based or the beef-based burgers,” explained study co-author Mahesh Narayanan Nair.

Age was an important factor in the study. Stein noted that children and pregnant women are two demographics most at risk of not getting enough amino acids. He also highlighted the importance of the matter in developing countries, where many cannot access animal-based proteins. “That’s extremely serious because, if children don’t get enough amino acids, their brain development can suffer.”

The research is published in the European Journal of Nutrition.