Study reveals why plants have a burst of activity at dawn • Earth.com 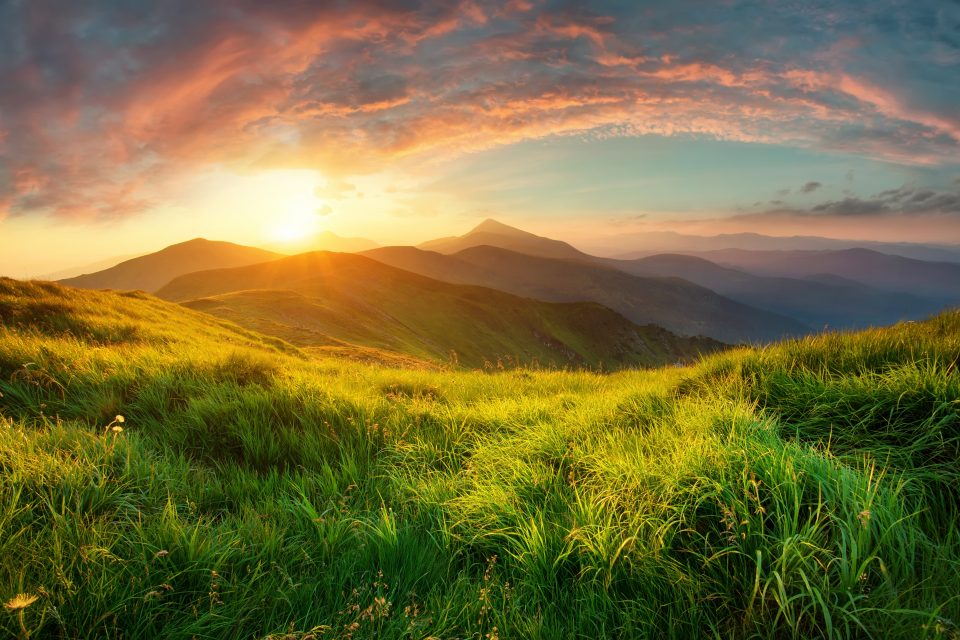 A new study from the University of Cambridge describes how plants get an early start to their day, bursting with activity just after dawn. While it was known that gene activity peaks at sunrise in plants, the experts wanted to gain a better understanding of what controls this peak.

Early morning light plays an important role in coordinating circadian rhythm and various growth processes in plants. By staying aligned with day-night cycles, plants can control the timing of their day, such as when to open flowers for pollinators or make the best use of sunlight.

Within an hour of dawn, plant genes that control light, stress, and growth hormones become strongly active. To investigate this genetic activity, the researchers focused on the small flowering plant thale cress, collecting samples every two minutes from dawn to measure gene expression.

“We set out to characterize ‘dawn burst’ dynamics in more detail, focusing on the expression of transcription factor genes. We found three distinct gene expression waves within two hours after dawn. The first of these occurs just 16 minutes after dawn and lasts only 8 minutes,” explained study first author Dr. Martin Balcerowicz.

“Many of these genes are known to be sensitive to light and temperature, but we wanted to find out specifically how the transcription of these genes is coordinated.”

“Interfering in photoreceptor signaling, the circadian clock and chloroplast derived light signals did cause problems in some genes’ expression, but there was a large proportion of genes still unaffected. This indicated to us that some of the upstream pathways are redundant and that additional regulators are in play.”

The team ultimately identified a network that regulates genes at dawn, with two key regulators of light signaling – HY5 and BBX31. These genes appeared to play a central role during the dark-to-light transition at dawn.

“In fact, multiple BBX genes form part of the dawn burst alongside BBX31, HY5 and its homologue HYH,” said Dr Balcerowicz. “These genes include both positive and negative regulators of the light response. We found that they act downstream of phytochrome and cryptochrome photoreceptors to control a light-induced subset of dawn burst genes, with HY5 and BBX31 having largely antagonistic roles.”

“This observation strengthens the idea that HY5 and BBX genes act in concert to fine-tune light responses in the context of the day-night cycle.”

Study senior author Dr. Daphne Ezer is a lecturer in Computational Biology at the University of York who investigates gene-environment interactions through the analysis of gene networks.

“By studying gene networks we can interpret how plants integrate light and temperature signals in the early morning to entrain the circadian clock,” explained Dr. Ezer.

“Taken together, our results show that phytochrome and cryptochrome signaling is required for fine-tuning the dawn transcriptional response to light, but separate pathways can robustly activate much of the programme in their absence.”

“Characterizing the peak we see in gene expression that results from the onset of light is useful in helping us to understand how plants respond to light and, in particular, for crops grown under artificial lighting, how this dawn burst impacts longer term on growth.”