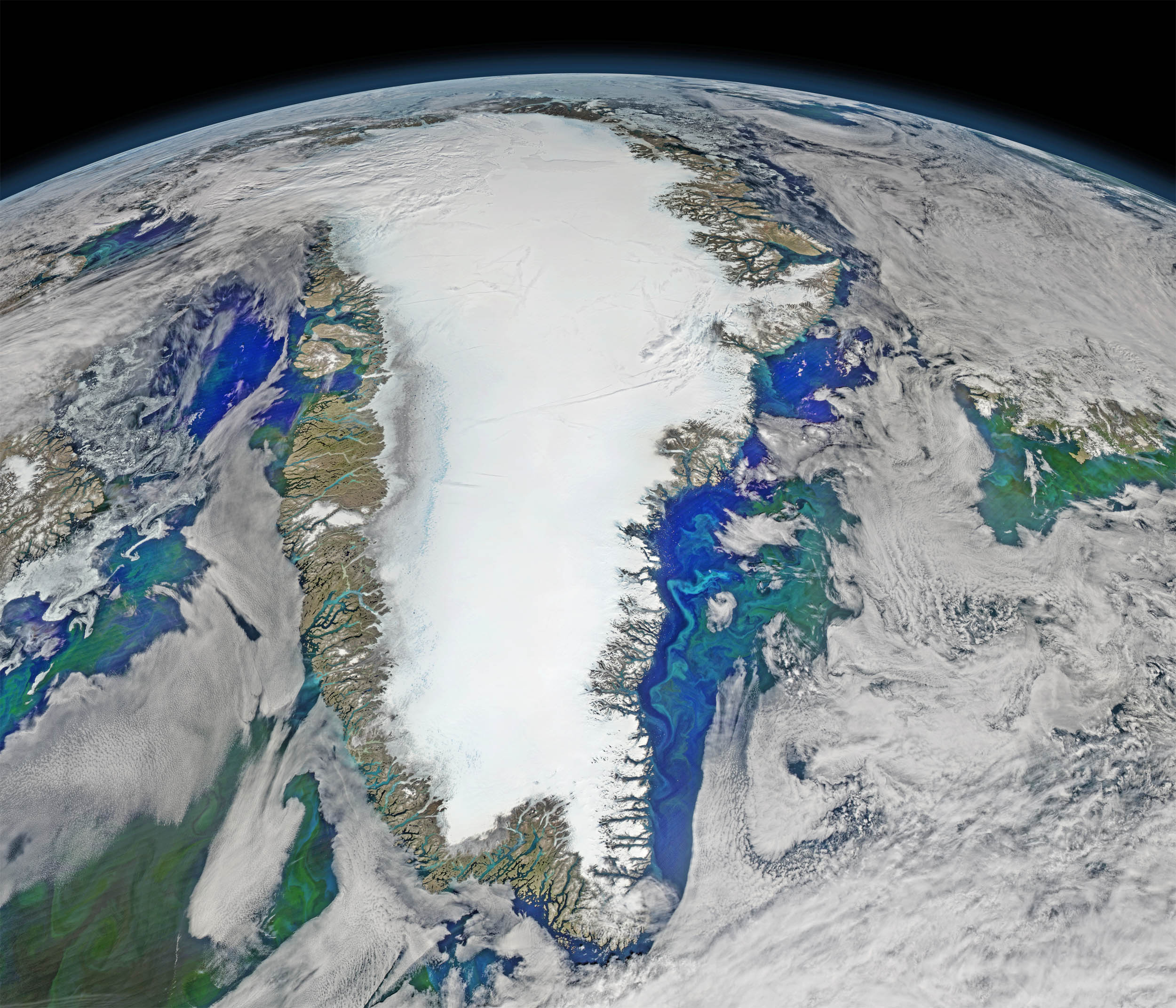 The Greenland ice sheet records information about Arctic temperature and climate going back to more than 120,000 years ago. But new research from the Niels Bohr Institute among others reveals that the ice doesn’t just tell us about the situation in the air and on the land – it can also tell us about what was happening at sea. By analyzing ice cores drilled from deep inside the Greenland ice sheet, researchers have started to calculate how much Arctic sea ice there was in the past. The results have been published in the research journal Scientific Reports.

Arctic sea ice is changing. In the past the Arctic Ocean was covered by meters of thick sea ice but now that sea ice is thinning and being replaced by sea ice that melts away over the summer. The rapid decrease of summer sea ice that we currently observe is opening up the region for shipping and exploration but also threatening local ecosystems and cultures. But what was sea ice like in the past? The amount of sea ice has only been well known since the 1970’s when satellite measurements began, so we don’t know what has been happening far back into the past.

Researchers at the Niels Bohr Institute in Denmark and Ca’Foscari University of Venice in Italy have discovered that chemical traces of sea ice can be found far away from the ocean within the kilometers-thick Greenland ice sheet. The ice sheet is covered by snow which falls every year and is compressed into ice over many thousands of years. Every layer of ice tells us about the year that the snow originally fell on the ice sheet – what the temperature was like and what kinds of particles were blowing around in the atmosphere at that time. 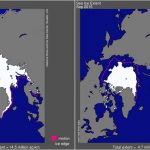 “We can measure the amount of a chemical called bromine in the Greenland ice cores. You find bromine in both the ocean and sea ice, but when new sea ice forms in the winter the sea salt is concentrated into salty pockets of brine which contain bromine. In spring and summer, the sunlight that shines down onto the sea ice starts chemical reactions. In these reactions, ozone in the air reacts with bromine in the ice and the bromine is released in greater and greater amounts from the sea ice. This process is called a bromine explosion. When it is released from the sea ice, the concentrated bromine is carried by the wind up onto the ice sheet and then deposited with the falling snow. That is the source of the bromine we measure in ice cores”, explains Paul Vallelonga, Associate Professor at the Centre for Ice and Climate at the Niels Bohr Insitute, University of Copenhagen.

The reactions stop in autumn and winter, when the sun goes below the horizon and new sea ice begins to form again.

Reconstructing sea-ice in the past

It’s one thing to measure the amount of bromine in an ice core from Greenland, but it’s another thing to understand the connection between bromine and the amount of sea ice in the Arctic.

In order to link the bromine measurements with the amount of sea ice covering the Arctic, scientists have used satellite observations of sea ice as a measuring stick, which goes back to the 1970’s. The measurements can be used to link the bromine content in the ice cores with the amount of new sea ice produced each year since 1979. A clue about the amount of sea ice in the past has also been revealed by records from Icelandic fishing communities, which go back more than 1000 years. Altogether, these data have allowed researchers to calculate how much sea ice there was in the Arctic tens of thousands of years ago.

“With this technique we can fill the gaps in our understanding of the amount of Arctic sea ice in the past. Since ice cores also reveal a lot of information about the climate, we can combine the sea ice data with the climate data and start to understand how sea ice reacts to climate change” explains Paul Vallelonga.

Researchers have found that 8000 years ago the Arctic climate was 2 to 3 degrees warmer than now, and that there was also less summertime Arctic sea ice than today.

“We have been in this situation before, with less sea ice and more open ocean during the warm Arctic summer. So right now we have not yet exceeded the natural boundaries for the Arctic region, but the question is: with more warming in the Arctic driven by rising greenhouse gases, how soon will sea ice melting reach and exceed the levels of 8000 years ago? These new research results can help us to answer this question when we combine them with climate models”, says Paul Vallelonga.