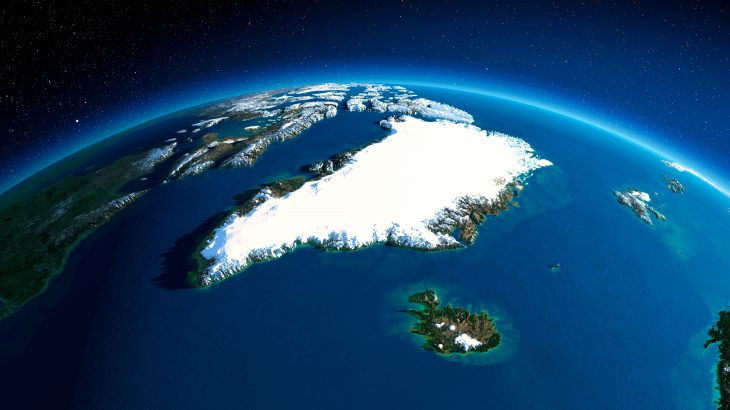 Holes that drain summer meltwater on the Greenland ice sheet are much larger than previously realized, according to a new study from the University of Arkansas.

The researchers are working to understand how the size of these holes, known as moulins, may affect the stability of the Greenland ice sheet and influence how quickly it slides toward the sea. The team studied the relationship between the size of the moulins and daily variations of the depth of the summer meltwater they hold each season.

Experts theorize that increased water depth inside of moulins, along with the subsequent increase in pressure, polishes the base of the ice sheet and accelerates its movement toward the ocean. Prior to this study, however, little was known about the actual size of moulins and how much water they can hold.

“We compared our models with in-the-field observations of the water levels and it seemed like we would need really huge volumes inside moulins to produce the relatively smaller water variations that we were seeing,” said study first author Professor Matt Covington. “Then when we went back in the following year and explored a moulin, it was giant. It was a case where the model made the prediction, and we went out in the field and it turned out to be right.”

During each of two trips to the Greenland ice sheet in October of 2018 and October of 2019, the scientists used climbing equipment to rappel 100 meters into two separate moulins until they nearly reached the water level.

Despite being an experienced cave explorer, Professor Covington said that rappelling into these holes was intimidating. “You back over the edge and you just see blueish ice going down as far as you can see, and then it’s blackness and there also are occasional sounds of crashing ice, which is pretty unnerving.”

Scientists have anticipated that under warming climate conditions, more summer meltwater will speed up the movement of Greenland’s ice sheet. The new research will help experts understand the interaction between meltwater and the base of the ice sheet.

“We’re trying to understand the way the meltwater is interacting with the ice motion, and the main thing that we found is that the water pressure within these moulins is not as variable as was previously observed, and that this seems to result from really large volumes in the moulins,” said Professor Covington.