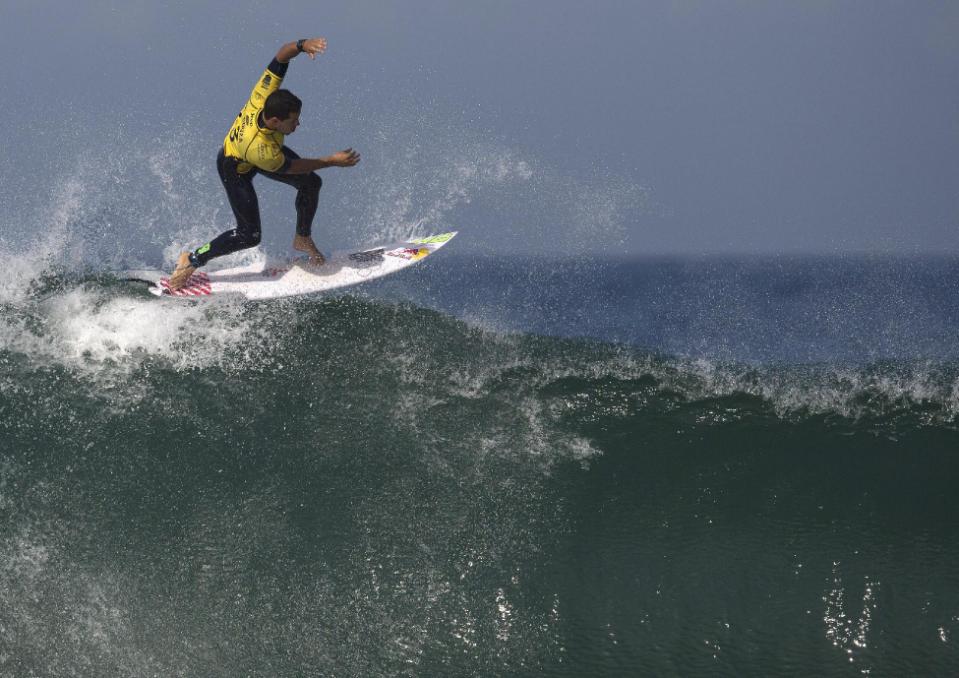 Many of the world’s top surfers were in Rio de Janeiro for a major surfing competition that kicked off Tuesday amid persistent worries about the city’s polluted waters.

Kelly Slater of the United States and Brazilian star Gabriel Medina were among those competing at the Oi Rio Pro event, which is taking place through May 22 on Rio’s Barra da Tijuca beach. The Barra neighborhood is one of the main sites for competitions at next year’s Olympics.

The surfing event’s main venue is near the spot where a raw sewage-filled lagoon empties into the Atlantic, and the most recent water quality report issued by the state environmental authority said the area was inappropriate for swimming due to the concentration of fecal coliforms.

Rio has poor sewage treatment infrastructure, and much of the sewage from the city of 12 million people empties untreated into its lakes, rivers and beaches. Of the 32 water quality reports issued this year for Rio, only eight found water in the area appropriate for swimmers.

Biologist and environmental activist Mario Moscatelli has warned that pollution could become particularly problematic during low tides at Barra da Tijuca, when the lagoon’s fetid waters spill out into the ocean.

Winds could potentially push the sewage along the beach, contaminating the competition site, said Moscatelli, who has been flying over the area for years as part of an environmental monitoring project. Recent photos taken by Moscatelli showed a brown stain spreading over much of Barra beach.

The event’s organizer, the World Surf League, recently canceled a backup venue on the neighboring beach of Sao Conrado due to what the organization deemed “pollution issues.”

Water quality has become a hot-button issue ahead of the 2016 Olympics, with state and local authorities repeatedly acknowledging they will not be able to make good on longstanding promise to clean up the city’s blighted waterways ahead of the games. Olympic sailing, canoeing, rowing and other aquatic events are slated to take place in the polluted waters, prompting worries about athletes’ health and safety.

The start of competition at the surfing event coincides with Brazilian President Dilma Rousseff’s meetings in Rio with local Olympic organizers as well as members of the Swiss-based International Olympic Committee.