The surprising origins of ancient turquoise is revealed • Earth.com 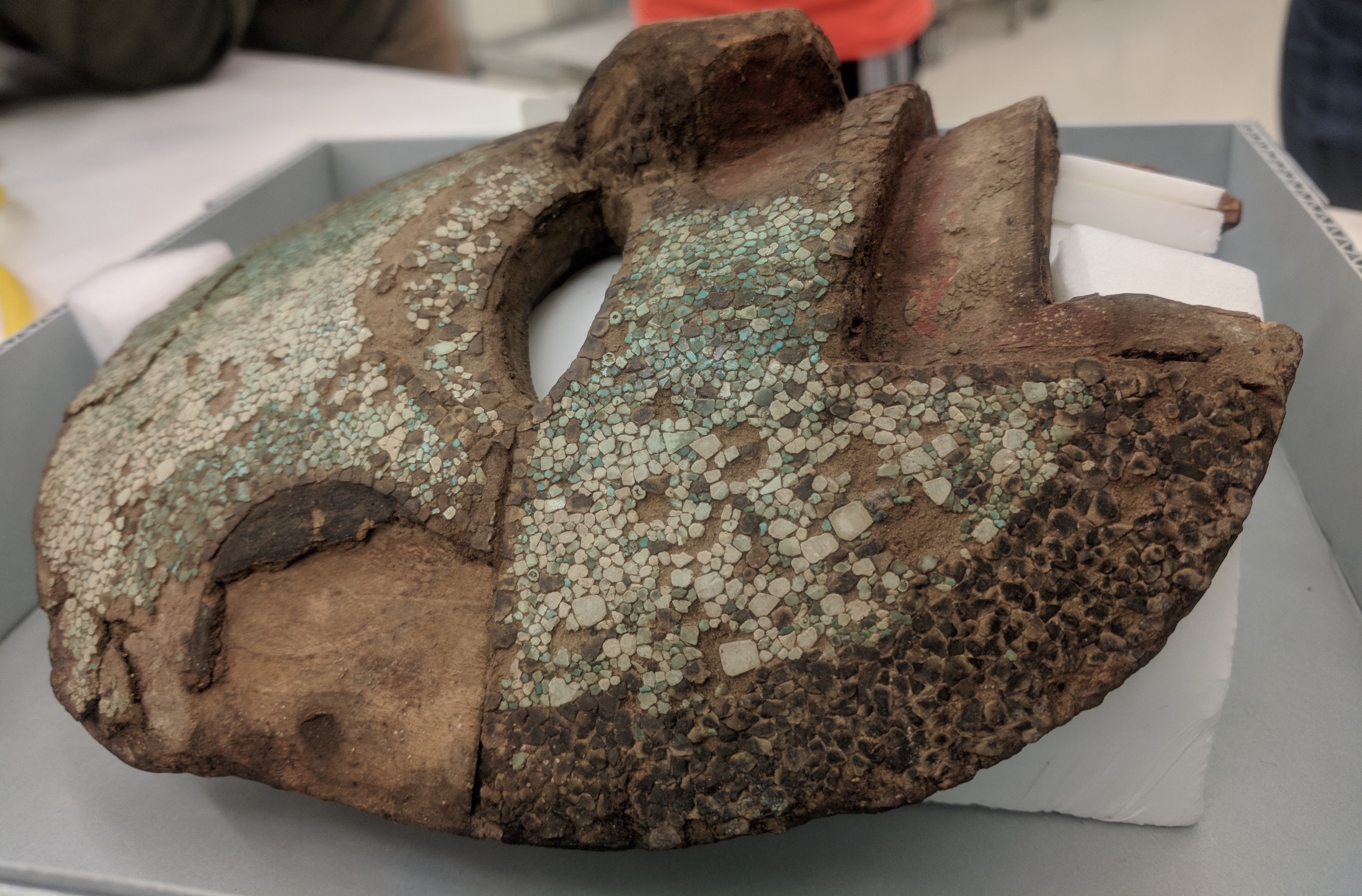 The surprising origins of ancient turquoise is revealed

The ancient Aztec and Mixtec civilizations of Central Mexico and Central America once revered the stunning, blue-green mineral known as turquoise, often including it in both artwork and jewelry. And for over a century and a half, scholars have believed that these civilizations attained the precious mineral through import from the American Southwest.

But now, new research published in the journal Science Advances has revealed that the true geologic source of Aztec and Mixtec turquoise was actually Mesoamerica.

A research team led by geochemist Alyson Thibodeau, an assistant professor of earth sciences at Dickinson College, measured the isotopic signatures of Mesoamerican turquoise artifacts linked to both Aztecs and Mixtecs. Isotopic signatures act like fingerprints, and can be used to pinpoint the geologic origins of these minerals.

The researchers analyzed the lead and strontium isotopes from pieces of turquoise-encrusted mosaics, which were one of the major forms of ancient Mesoamerican art. They sampled dozens of turquoise mosaic tiles from the Templo Mayor – the ceremonial and ritual center of the Aztec empire. The researchers also analyzed five tiles associated with Mixteca-style objects from the Smithsonian’s National Museum of the American Indian. Results showed that these artifacts had isotopic signatures consistent with the geology of Mesoamerica – not the Southwestern United States, as previously thought.

“This work revises our understanding of these relatively rare objects and provides a new perspective on the availability of turquoise, which was a highly valued luxury resource in ancient Mesoamerica,” says Thibodeau.

Thibodeau had doubted the 150-year-old belief that Mesoamerican civilizations imported turquoise from the Southwest, as she says it was never completely supported with evidence. Her new geochemical measurements in this study now prove her suspicions.

“These findings potentially re-shape our understanding of both the nature and extent of long-distance contacts between Mesoamerican and Southwestern societies,” Thibodeau says. “I hope this inspires people to be skeptical of claims.”