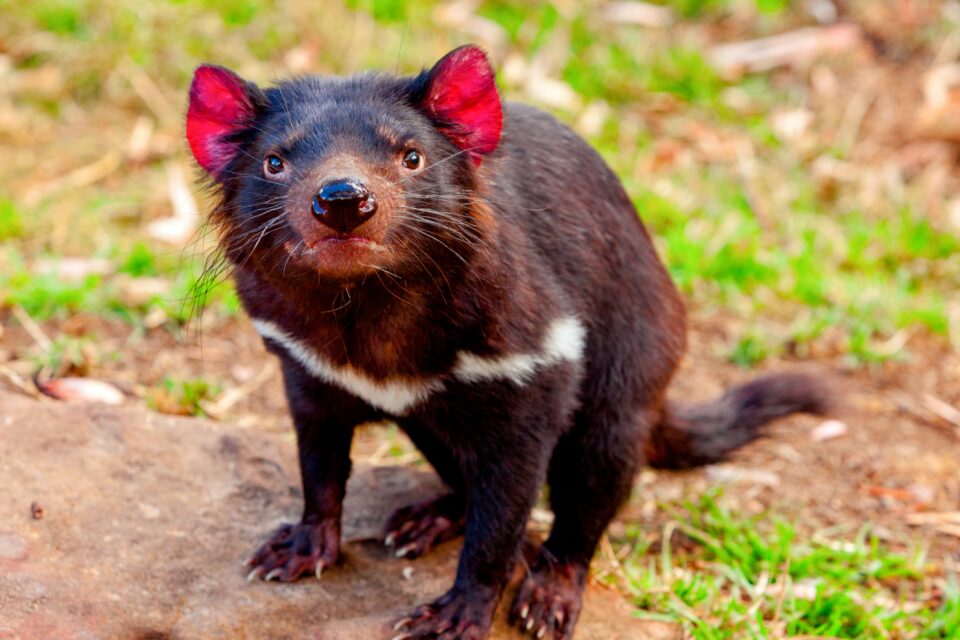 One thing scavengers are known for is eating whatever is available. This is why it surprised scientists so much to find that Tasmanian devils don’t eat in this way. A new study by researchers at the University of New South Wales (UNSW) has found that individual devils have food preferences. In fact, Tasmanian devils can be quite finicky about what they eat.

“It’s a scavenger’s job to just be a generalist and take whatever it can find,” said study senior author Professor Tracey Rogers. “But we’ve found that most Tasmanian devils are actually picky and selective eaters – they’ve broken the laws of scavenging.”

The research, published in the journal Ecology and Evolution, analyzed whisker fragments from 71 devils from 7 sites across Tasmania. Based on the analysis of the whisker fragments, the scientists were able to determine what the devils had been eating from stable isotopes found in the whiskers.

Interestingly, only one in ten devils had a ‘normal’ scavenger diet made up of whatever could be found. The rest of the animals mostly ate their own favorite foods, which varied by the individual.

“We were surprised the devils didn’t want to all eat the same thing,” said study lead author Anna Lewis. “Most of them just decided, ‘No, this is my favourite food.’”

The scientists think that this strange diet is due to the devil’s home in Tasmania, without much competition from other scavengers.

“Basically, it’s because they can. If you’re a scavenger in Africa, then you’re competing with all these other predators for food,” said Professor Rogers. “But in Tasmania, there aren’t other predators around or competition for carcasses. Their main competition is just with each other.”

Tasmanian devils are often misunderstood, and this research is aimed at helping their conservation.

“Devils are actually really easy to work with, which I was surprised about when I first became a volunteer in training,” said Professor Rogers. “Wild devils tend to be afraid of humans, so most of them just sit in your lap.”

Due to the threat of devil facial tumor disease, up to 77 percent of the Tasmanian devil population could be wiped out within five years. This makes captive breeding an important part of conservation efforts.

Understanding the devil’s diet will help make the transition to captivity run more smoothly. The next step in the research is to take a better look at why Tasmanian devils have specific food preferences and understand the cause of those choices.