The Caribbean coral Acropora palmata will not vanish without a fight • Earth.com 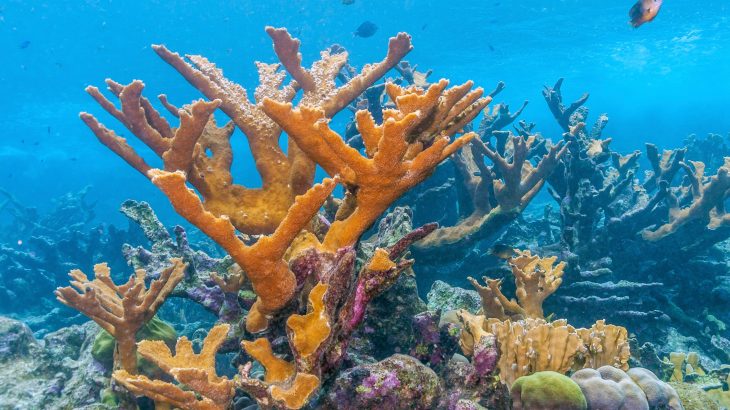 Researchers at the University of Miami (UM) Rosenstiel School of Marine and Atmospheric Science have analyzed the immune system capabilities of elkhorn coral, or Acropora palmata, which has become increasingly rare in the Caribbean. The study revealed that these branching corals are actively defending themselves against conditions such as white band disease and rapid tissue loss.

Acropora palmata is considered to be one of the most important reef-building corals in the Caribbean. Over the last few decades, these corals have been vanishing from the region at an alarming rate, and disease is the main culprit.

“The primary cause of this decline is disease, and this is particularly worrying for these species as climate change and anthropogenic stressors are now being implicated in increasing disease prevalence, frequency, and severity,” wrote the researchers.

“Coral disease outbreaks are expected to increase in prevalence, frequency and severity due to climate change and other anthropogenic stressors.”

“This is especially worrying for the Caribbean branching coral Acropora palmata which has already seen an 80% decrease in cover primarily due to disease. Despite the importance of this keystone species, there has yet to be a characterization of its transcriptomic response to disease exposure.”

For the investigation, healthy corals were grafted to corals infected with disease. After a week, the researchers examined several aspects of the modified corals, including their overall genetic and immune response to disease. The team also analyzed whether there were different signatures of gene expression for corals that did not show signs of disease.

“Our results show that elkhorn coral is not immunocompromised but instead is actually actively trying to fight off disease,” said study senior author Professor Nikki Traylor-Knowles. “This gives me hope that the corals are fighting back with their immune system.”

Based upon the results, the researchers speculate that the corals which did not get infected may have tougher epithelia, a protective layer of cells covering external surfaces of their body. In addition, they believe that the symbiotic organisms that live inside corals did not initially have differences in gene expression in response to disease, but developed these differences over the course of the two-year study.

The branching coral Acropora palmata has  been classified as threatened under the U.S. Endangered Species Act. “These corals are keystone species for Florida reefs, so understanding that their immune systems are active is an important component that can be useful for protecting reefs,” said Professor Traylor-Knowles.