The fight against deforestation in Africa • Earth.com 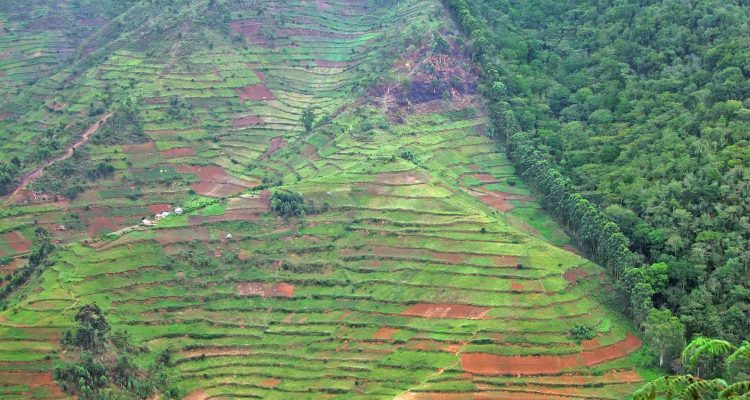 The fight against deforestation in Africa

Only a small share of Congolese villagers is the driving force behind most of the deforestation. They’re not felling trees to feed their families, but to increase their quality of life. These findings are based on fieldwork by bioscience engineer Pieter Moonen from KU Leuven (University of Leuven), Belgium. They indicate that international programs aiming to slow down tropical deforestation are not sufficiently taking local farmers into account.

Forests, and especially centuries-old primeval forests such as in the Congo Basin in Africa, are huge CO2 reservoirs. When trees are cut down, large amounts of greenhouse gases are released. This contributes to climate change – both regional and global.

The Democratic Republic of the Congo (DRC) is in the world’s top five in terms of amount of deforested land per year. According to the government, this is mostly due to subsistence farming and population growth. The argument is that small farmers grow crops to feed their own families. As there is a rise in population, farmers have to keep on clearing forest to increase the area under cultivation.

Bioscience engineer Pieter Moonen is preparing a PhD on land use and climate change in the DRC. He examined whether subsistence farming really is the main culprit for deforestation. For a year, he did fieldwork in 27 Congolese villages and questioned 270 households in a survey about agriculture and deforestation. 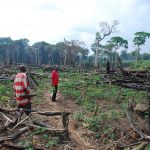 “Most of the people surveyed are farmers, and only half of them deforest. A very small group is behind most of the deforestation. Their motive is not self-sufficiency, but earning money. After all, selling crops on the market is one of the few ways to get cash. They need this money to cover the increasing cost of education and health care or to buy western consumer goods. The image of the poor farmer felling trees to feed his family is therefore incorrect. The slightly richer farmers are the ones deforesting to sell their agricultural produce on the market- although ‘rich’ is very relative in this case.” A second important motive for deforestation is the possibility to claim the land that has become available as your property.

These findings are important for the implementation of the United Nations REDD+ programme. REDD+ stands for reducing emissions from deforestation and forest degradation. This initiative aims to slow down or end deforestation in developing countries by means of financial incentives.

“Now that the Paris Agreement on climate change is about to take effect, REDD+ is receiving a lot of attention. The Democratic Republic of Congo is interested in taking part: they want to fight deforestation in exchange for financial compensation. But their response to deforestation focuses too much on intensifying agriculture – increasing the amount of produce per hectare. The reasoning is that felling trees is no longer necessary if existing fields yield more produce. This is an effective strategy when dealing with subsistence farming, but it may have a perverse effect when applied to commercial agriculture. After all, it may stimulate the wealthier farmers to deforest more land, so that they have even more produce to sell. Therefore, without local support for forest preservation, the outcome of such interventions is very uncertain. In that case, we risk wasting money and valuable time with REDD+.”

This study once again shows that a simple government approach to deforestation is not effective, Moonen continues. “A more effective and fair approach requires that you and the local communities reach a consensus on a sustainable system. This means that you have to agree on which areas are protected forest. You also have to set aside the necessary resources to support development: provide basic facilities and create opportunities to increase revenues, in the agricultural system and beyond.”