The impact of fire on Amazon biodiversity • Earth.com 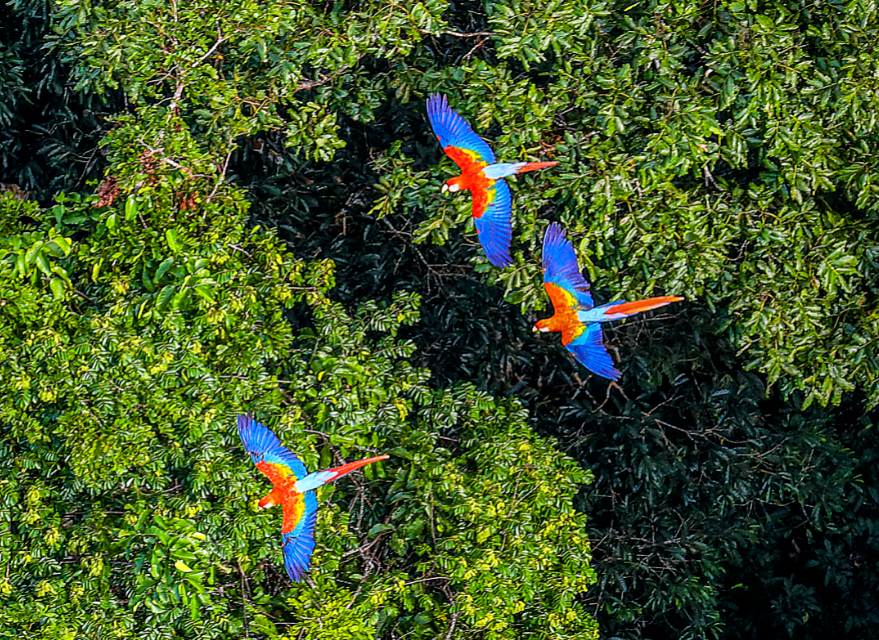 The impact of fire on Amazon biodiversity

A new study published in the September 1 issue of Nature looks at the impacts of environmental policy, fire, drought and deforestation on Amazon biodiversity.

The researchers used data on vertebrates and plants to create a biodiversity map of the Amazon. The maps were then compared to the occurrence of fires and deforestation since 2001.

The study revealed that 40,000 to 73,400 square miles of Amazon forest and 95 percent of Amazonian species have been impacted by fire in the last two decades.

Forest management laws initiated in the mid 2000’s slowed the destruction, but a reversal of enforcement after the 2019 reversed these improvements. One of the worst years for Amazon biodiversity was 2019.

“Even with policies in place, which you can think of as a brake slowing the rate of deforestation, it’s like a car that keeps moving forward, just at a slower speed,” said study senior author Professor Brian Enquist of the University of Arizona. “But in 2019, it’s like the foot was let off the brake, causing it to accelerate again.”

The research is unprecedented in its broad look at threats to biodiversity in the Amazon.

“Assessments based on remote sensing of burned and deforested areas had been done before, but we haven’t had a detailed record of what impact those have on the species diversity of the region,” explained study first author Xiao Feng.

“This has been a huge collection of data and an unprecedented informatics effort associated with biodiversity data, and that allowed us to make these interconnections visible.”

An important thing to realize about the fires in the Amazon is that they are caused by humans and- unlike much of the western US – are not part of the natural ecosystem.

“Fire is not a part of the natural cycle in the rainforest,” said study co-author Crystal N. H. McMichael. “Native species lack the adaptations that would allow them to cope with it, unlike the forest communities in temperate areas.”

“Repeated burning can cause massive changes in species composition and likely devastating consequences for the entire ecosystem.”

With an unfriendly government in charge, a growing human population, and inevitable changes in climate, more of the Amazon is likely to burn.

Since the 1960s, 20 percent of the Amazon’s forest cover has been lost. It’s predicted that as much as 40 percent will be lost by 2050 unless drastic measures are taken. Slowing the destruction takes a very long time, but destroying conservation safeguards is quick work.