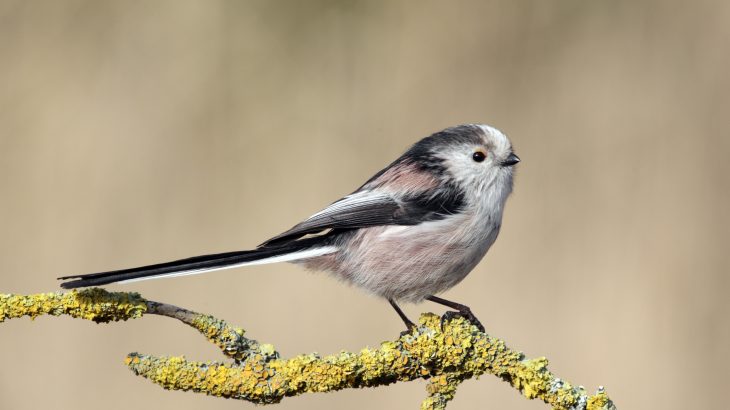 Decades after mathematical genius Alan Turing laid the groundwork for modern computing, his extraordinary vision continues to solve mysteries across many branches of science.

In a study from the University of Sheffield, experts have unraveled seemingly bizarre behavior among long-tailed tits based on Turing’s visionary concepts.

Characterized by their long tails and tiny bodies, long-tailed tits have baffled scientists with some of their unusual strategies. The birds are known to segregate themselves into different parts of a landscape, even when there is enough food to support multiple flocks and no sign of territorial behavior.

The team tracked groups of long-tailed tits around Sheffield’s Rivelin Valley, and a consistent behavioral pattern emerged. Mathematical modeling helped the team to understand this pattern.

The study revealed that long-tailed tits tend to avoid larger flocks, but are less likely to avoid places where they have interacted with relatives. Overall, the birds prefer the center of a wooded area.

The equations used to explain the segregation of long-tailed tits are similar to those developed by Alan Turing which described how some animals get their spots and stripes.

Turing’s work predicted whether patterns will appear as an animal grows in the womb, while the current study uses his mathematical principles to identify animal behaviors that lead to specific patterns across landscapes.

It is not unusual for territorial animals to live in segregated areas that they aggressively defend. In previous research, scientists used mathematical concepts similar to those used for the current investigation to explain the patterns made by territorial animals such as coyotes, meerkats, and even humans.

However, the Sheffield study is the first to apply such mathematical models to non-territorial animals with no den limiting their movement.

“Mathematical models help us understand nature in an extraordinary amount of ways and our study is a fantastic example of this,” said study lead author Natasha Ellison.

“Long-tailed tits are too small to be fitted with GPS trackers like larger animals, so researchers follow these tiny birds on foot, listening for bird calls and identifying birds with binoculars. The field work is extremely time consuming and without the help of these mathematical models these behaviors wouldn’t have been discovered.”