The majority of global farmland is at risk of pesticide pollution • Earth.com 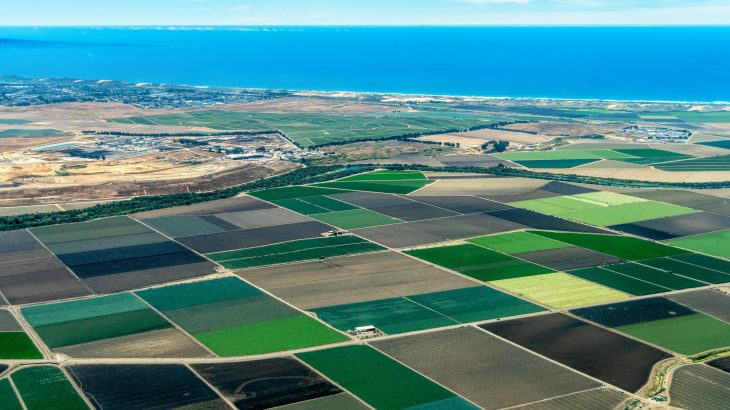 The majority of global farmland is at risk of pesticide pollution

A new study from the University of Sydney has revealed that 64 percent of the world’s farmland is at risk of pesticide pollution. The researchers also found that more than 30 percent of global agricultural land has a “high risk” of pollution from pesticide chemicals.

“Here we use a global database of pesticide applications and a spatially explicit environmental model to estimate the world geography of environmental pollution risk caused by 92 active ingredients in 168 countries.”

“We considered a region to be at risk of pollution if pesticide residues in the environment exceeded the no-effect concentrations, and to be at high risk if residues exceeded this by three orders of magnitude.”

The total amount of farmland at risk of pesticide pollution is estimated to be 24.5 million square kilometers.

The largest land areas at a high risk of pesticide pollution were found in Asia, including agricultural areas in China, Japan, Malaysia, and the Philippines. Some of these countries are referred to as “food bowl” nations because they feed a large portion of the world’s population.

Study lead author Dr. Fiona Tang said the widespread use of pesticides in agriculture could have potential implications for the environment, human and animal health.

“Our study has revealed 64 percent of the world’s arable land is at risk of pesticide pollution. This is important because the wider scientific literature has found that pesticide pollution can have adverse impacts on human health and the environment,” said Dr Tang.

Pesticides can make their way into surface waters and groundwater through runoff and infiltration. This pollution reduces the usability of water resources, often in areas where they are very limited.

“Although the agricultural land in Oceania shows the lowest pesticide pollution risk, Australia’s Murray-Darling basin is considered a high-concern region both due to its water scarcity issues, and its high biodiversity,” said study co-author Professor Federico Maggi.

According to Dr. Tang, 34 percent of the highest risk areas are in high-biodiversity regions, 19 percent are in lower-income nations, and five percent are in water-scarce areas.

“In a warmer climate, as the global population grows, the use of pesticides is expected to increase to combat the possible rise in pest invasions and to feed more people,” said Professor Maggi. This raises concerns that the overuse of pesticides could destabilize ecosystems and degrade the quality of water sources that humans and animals depend upon for survival.

According to study co-author Professor Alex McBratney, the director of the Sydney Institute of Agriculture, the research shows it will be important to carefully monitor residues on an annual basis to detect trends and mitigate risks from pesticide use.