The Milky Way may be filled with millions of planets like Earth • Earth.com 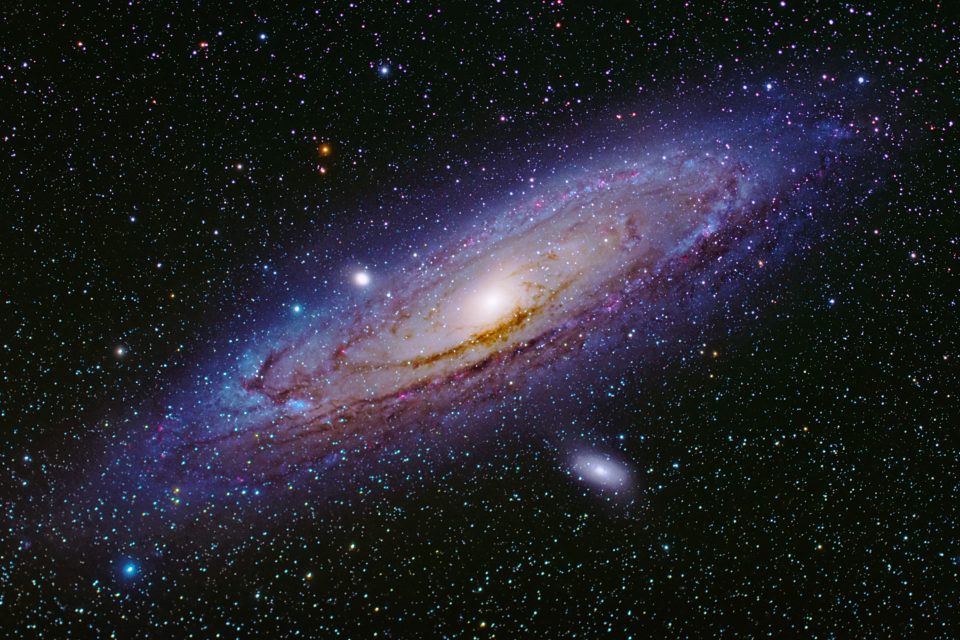 Experts have had a major breakthrough in the search for potential life on other planets. A new study from the University of Copenhagen suggests that our galaxy may be filled with millions of planets that have oceans and continents like those found on Earth.

In order for a planet to be suitable to host extraterrestrial life, it must have liquid water. However, it has been assumed that planets only obtain water through a chance collision with an ice asteroid.

But now, a team of experts from the GLOBE Institute has proposed an incredible new theory. The scientists believe that water may be present during the initial formation of planets. They have found evidence that this was the case for Earth, Venus, and Mars.

“All our data suggest that water was part of Earth’s building blocks, right from the beginning. And because the water molecule is frequently occurring, there is a reasonable probability that it applies to all planets in the Milky Way,” explained study lead author Professor Anders Johansen. “The decisive point for whether liquid water is present is the distance of the planet from its star.”

The researchers used a computer model to identify the building blocks of planets and to estimate how quickly they form. The results suggest that planets are made from millimeter-sized dust particles of ice and carbon, or “pebbles,” which are known to orbit around all young stars in the Milky Way. According to the researchers, these particles developed 4.5 billion years ago and accumulated to create Earth.

“Up to the point where Earth had grown to one percent of its current mass, our planet grew by capturing masses of pebbles filled with ice and carbon,” said Professor Johansen. “Earth then grew faster and faster until, after five million years, it became as large as we know it today. Along the way, the temperature on the surface rose sharply, causing the ice in the pebbles to evaporate on the way down to the surface so that, today, only 0.1 percent of the planet is made up of water, even though 70 percent of Earth’s surface is covered by water.”

Professor Johansen initially proposed this theory ten years ago with a team in Lund, and the new study provides new evidence to support the idea. The theory, called “pebble accretion,” is that planets are formed by pebbles that clump together and grow larger.

According to the experts, the water molecule H2O is found everywhere in our galaxy, and this opens up the possibility that other planets may have been formed in the same way as Earth, Mars, and Venus.

“All planets in the Milky Way may be formed by the same building blocks, meaning that planets with the same amount of water and carbon as Earth – and thus potential places where life may be present – occur frequently around other stars in our galaxy, provided the temperature is right,” said Professor Johansen.

If the amount of water present on planets was random, they may look very different. Some planets would be too dry to develop life, while others would be completely covered by water, said the researchers.

“A planet covered by water would of course be good for maritime beings, but would offer less than ideal conditions for the formation of civilizations that can observe the universe,” explained Professor Johansen.

The team is looking forward to the next generation of space telescopes, which will create better opportunities to observe exoplanets.

“The new telescopes are powerful,” said Professor Johansen. “They use spectroscopy, which means that by observing which type of light is being blocked from the planets’ orbit around their star, you can see how much water vapour there is. It can tell us something about the number of oceans on that planet.”