The moon controls methane emissions from the Arctic Ocean • Earth.com 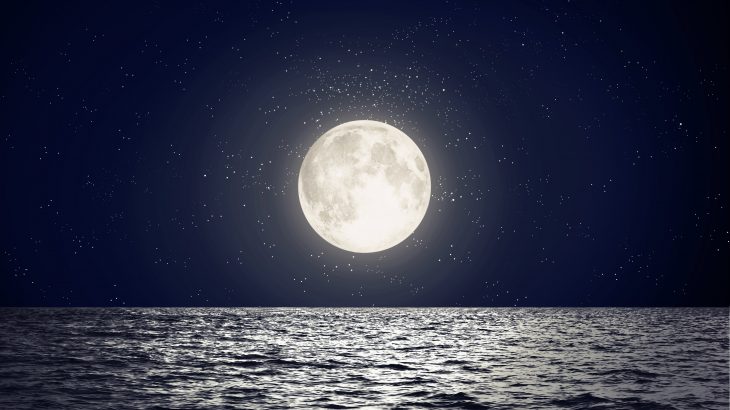 The moon controls methane emissions from the Arctic Ocean

A new study from UIT suggests that the moon controls the release of large amounts of methane from the Arctic Ocean. Scientists are working to understand the mysterious process that influences these methane emissions, which may be accelerated by warmer temperatures.

Over the past few decades, atmospheric concentrations of methane have increased tremendously. While some of the methane is tied to human activities, other sources of emissions are not yet clear.

“Although ocean methane emissions are considered to be widespread, their dynamics and the physical processes behind their evolution are little understood,” wrote the study authors. “Given the impact of methane as a greenhouse gas, the dynamic of oceanic methane emissions, which could potentially reach the atmosphere, introduces a non-negligible doubt on the global budget of atmospheric methane.”

The researchers explained that natural gas emissions are usually caused by active geological processes including the expression of seabed features, such as faults, fractures, mud volcanoes, and hydrothermal vents.

“In this study, we analyze an element of this phenomenon by hypothesizing that even small changes in sea-level may have a global impact on the intensity of deep-sea gas emissions. We suggest that tides can be used as a proxy to predict and quantify variability in the amount of gas released on a daily basis.”

The experts found evidence that tides, which are controlled by the moon, significantly affect the intensity of methane emissions from the Arctic Ocean seafloor.

“We noticed that gas accumulations, which are in the sediments within a meter from the seafloor, are vulnerable to even slight pressure changes in the water column. Low tide means less of such hydrostatic pressure and higher intensity of methane release. High tide equals high pressure and lower intensity of the release,” said study co-author Andreia Plaza Faverola.

“It is the first time that this observation has been made in the Arctic Ocean,” noted study co-author Jochen Knies. “It means that slight pressure changes can release significant amounts of methane. This is a game-changer and the highest impact of the study.”

For the investigation, a tool called a piezometer was placed in sediments for four days. The piezometer measured the pressure and temperature of the water inside the pores of the sediment.

Hourly changes in the pressure and temperature revealed that the presence of gas close to the seafloor rises and falls as the tides change. The measurements were captured in a part of the Arctic Ocean where no methane release has been previously documented, but where massive gas hydrate concentrations have been sampled.

“This tells us that gas release from the seafloor is more widespread than we can see using traditional sonar surveys,” said Plaza Faverola. “We saw no bubbles or columns of gas in the water. Gas burps that have a periodicity of several hours won’t be identified unless there is a permanent monitoring tool in place, such as the piezometer.”

The findings indicate that current estimates of gas emissions in the Arctic are underestimated. On the other hand, high tides seem to reduce the height and volume of gas emissions.

“What we found was unexpected and the implications are big. This is a deep-water site. Small changes in pressure can increase the gas emissions but the methane will still stay in the ocean due to the water depth. But what happens in shallower sites? This approach needs to be done in shallow Arctic waters as well, over a longer period. In shallow water, the possibility that methane will reach the atmosphere is greater,” explained Knies.

Since higher sea levels seem to reduce gas emissions from the ocean floor, it is possible that sea-level rise could partially mitigate the effect of temperature on submarine methane emissions.

“Earth systems are interconnected in ways that we are still deciphering, and our study reveals one of such interconnections in the Arctic,” said Plaza Faverola. “The moon causes tidal forces, the tides generate pressure changes, and bottom currents that in turn shape the seafloor and impact submarine methane emissions. Fascinating!”