The smallest sauropod has been found in Australia • Earth.com 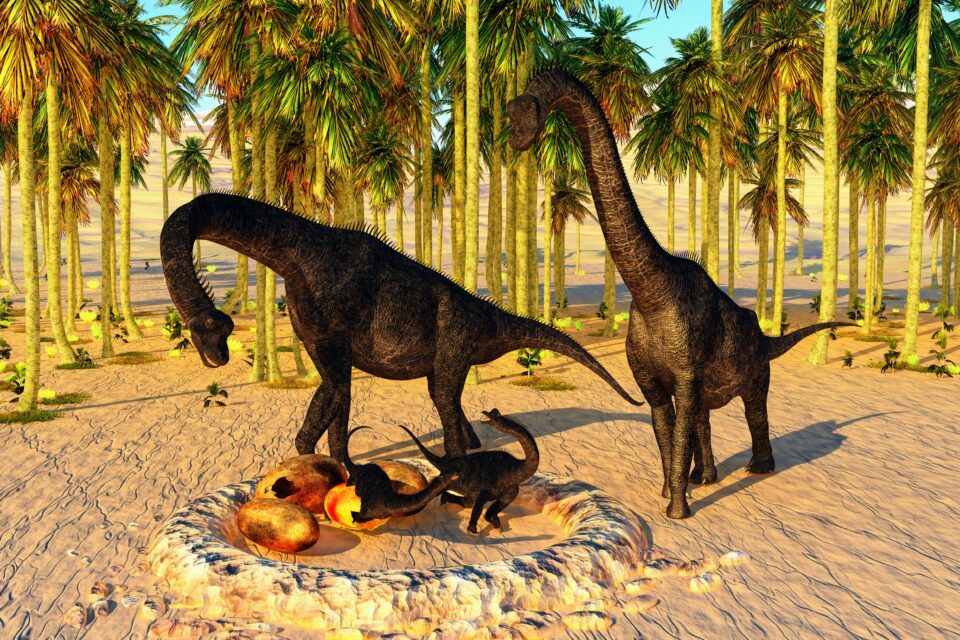 The smallest sauropod has been found in Australia

A team of paleontologists led by the Swinburne University of Technology in Melbourne has recently described the smallest sauropod dinosaur ever discovered in Australia. Measuring 11 meters in length and weighting about 4.2 tons at its time of death, the juvenile Diamantinasaurus matildae, nicknamed “Ollie,” is the third of its species to be discovered. Its fossils – which included several thoracic vertebrae and ribs, together with a humerus, a scapula, a thumb claw, and a femur – were found on a sheep station near Winton in western Queensland in 2012.

Ollie roamed the Earth around 95 million years ago and, like his sauropod relatives, was an herbivorous dinosaur, feeding exclusively on plants such as conifers, angiosperms, ginkgoes, cycads, ferns, or horsetails. Since most other sauropods measured between 20 and 30 meters in length, researchers believe that Ollie was a juvenile dinosaur that died before reaching adulthood, most likely by getting stuck into the mud and sinking near a watering hole. The fact that Ollie’s bones were not completely fused confirm the hypothesis that the fossils belonged to a juvenile sauropod.

According to study lead author Samantha Rigby, a graduate student at Swinburne University, the discovery of these fossils will likely help researchers better understand the patterns of growth characterizing this dinosaur species. “I spent a really long time comparing Ollie with all of the adult specimens here in Winton and we found that Ollie is not an exact copy of the adult,” she said.

“The limb bones of this juvenile titanosaur grew at a more rapid rate than its back and shoulder bones. The bones are also narrower in width when compared with the robust limb bones of an adult Diamantinasaurus. Ollie’s limbs were a lot more overgrown and, as he grew up, he grew into his limbs. He would have looked a bit weird with really long legs and a small body.”

Ollie’s bones are now part of the sauropod collection at the Australian Age of Dinosaurs, a museum of Paleontology in Winton, Australia. These fossils will likely boost “dino-tourism,” by drawing many visitors from Australia and perhaps even abroad.

A detailed description of this dinosaur is published in the Journal of Vertebrate Paleontology.