The world’s largest bacterium discovered in the Caribbean • Earth.com 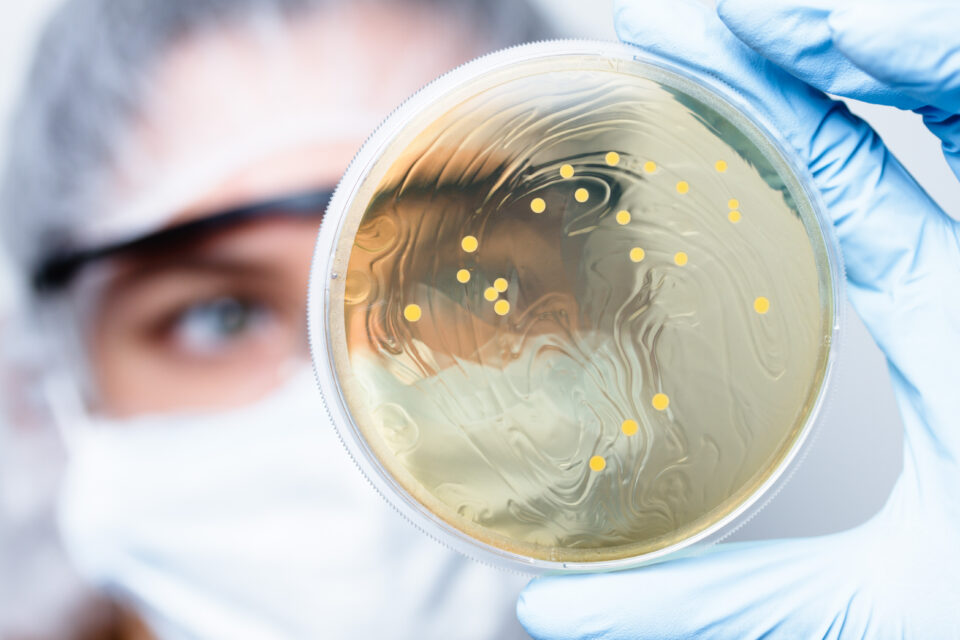 An international team of scientists has recently described the world’s largest bacterium, which was discovered among the mangroves of the Caribbean island of Guadeloupe in 2009. Measuring over one centimeter in length, Thiomargarita magnifica is over 5,000 times larger than most of the other known bacteria.

“Most bacterial cells are microscopic, and measure around two thousandths of a millimeter in length,” said study lead author Jean-Marie Volland, an expert in Microbial Biology at the Lawrence Berkeley National Laboratory (Berkeley Lab). “While there are some exceptionally sized bacteria which can measure several hundred micrometers, these remain within the theoretical limit of how large these organisms can grow. T. magnifica, however, is significantly above this limit. When compared to most bacteria, it would be like a human encountering another human as tall as Mount Everest.”

Besides its enormous size, T. magnifica has also surprised scientists by the peculiar manner in which it stores its DNA. While most bacterial DNA floats freely around the cell, this bacterium’s genetic material was found within compartments similar to those seen in plants and animals. “These membrane-bound compartments represent a new type of bacterial organelle that we name pepins,” Dr. Volland explained. “Until now, we thought DNA packaged inside an organelle was solely a feature of eukaryotic cells. It is therefore a fascinating example of a bacterium which has evolved a higher level of complexity.”

As in the case of other species of its genus, T. magnifica’s genome contains a large number of genes linked to sulphur oxidation and carbon fixation. However, unlike its relatives, this bacterium lacks most genes associated with nitrate metabolism, suggesting that it developed a sedentary lifestyle that rules out the possibility that it may ever infect humans.

“More than a quarter of its genome is dedicated to secondary metabolism,” explained study co-author Tanja Woyke, an expert in Single Cell Genomics at Berkeley Lab. “These genes can include bioactive compounds which may explain why we didn’t find any bacteria on the outside of its cell. Overall, these genes make up a significant part of its genome, which is 12 million base pairs long. This is not unheard of in bacteria but is within the upper range. It has more than half a million copies of its genome in a cell, which equates to three trillion base pairs and is a thousand times larger than the human genome.”

Further research is needed to clarify this peculiar bacterium’s role in the ecosystem in which it lives, and how it evolved to achieve such an enormous size and strange genetic features. “This project has really opened our eyes to the unexplored diversity of microbes,” said study senior author Shailesh Date an associate professor of Epidemiology and Biostatistics at the University of California, San Francisco.

“We’re just scratching the surface, and who knows what interesting things we are yet to discover. The study of biological complexity has a lot to offer our understanding of the tree of life, and in the future may allow us to produce interesting new physiologies and biochemistry,” he concluded.