The world's oceans have become less resilient to climate change • 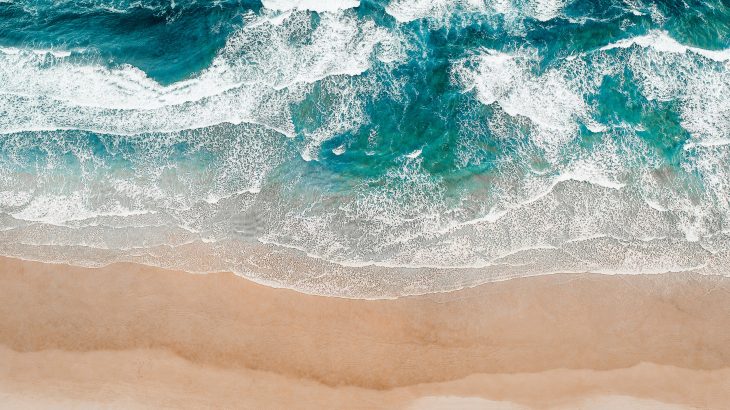 During the Paleocene Eocene Thermal Maximum about 55 million years ago, the global average temperature rose by more than 5 degrees Celsius.

“The Paleocene Eocene Thermal Maximum (PETM) is one of the best studied climate perturbation events in Earth’s history, but the driving mechanisms, environmental consequences, and recovery processes are still debated,” wrote the study authors.

When the researchers used geological samples to estimate ocean oxygen levels during the PETM, they found that there was “limited expansion” of oceanic anoxia.  Despite the extreme warming associated with the PETM, the results suggest that the lack of oxygen affected no more than two percent of the seafloor worldwide.

Today, conditions have changed dramatically compared to the PETM. The chemistry of the ocean is increasingly changed by carbon and nutrient pollution, which could drive more rapid and expansive oxygen loss.

“The good news from our study is that the Earth system was resilient to seafloor deoxygenation 56 million years ago despite pronounced global warming,” said study lead author Dr. Matthew Clarkson of ETH Zurich.

“However, there are reasons why things are different today. In particular, we think the Paleocene had higher atmospheric oxygen than today, which would have made anoxia less likely.”

“Additionally, human activity is putting more nutrients into the ocean through fertilizers and pollution, which can drive oxygen loss and accelerate environmental deterioration.”

To estimate ocean oxygen levels during the PETM, the researchers analyzed the isotopic composition of uranium in ocean sediments, which can be used to track oxygen concentrations. The experts were surprised to find that the oxygen levels barely changed.

Based on the uranium isotope analysis, the team used computer simulations to determine that oceanic anoxia impacted a maximum of two percent of the global seafloor.

Still yet, the extent of oxygen deprivation during the PETM was significant, affecting an area that was around ten times larger than the modern anoxic range. The researchers noted that there were clearly detrimental impacts and extinctions of marine life in some parts of the ocean.

“This study shows how the resilience of the Earth’s climate system has changed over time,” said study co-author Professor Tim Lenton, who is the director of Exeter’s Global Systems Institute.

“The order of mammals we belong to – the primates – originated in the PETM. Unfortunately, as we primates have been evolving for the last 56 million years, it looks like the oceans have been getting less resilient.”

Professor Lenton said that despite the discovery that oceans were more resilient to warming in the past than what was expected, “nothing should distract us from the urgent need to reduce emissions and tackle the climate crisis today.”