Thousands Of Mines With Toxic Water Lie Underground In The Western US • Earth.com 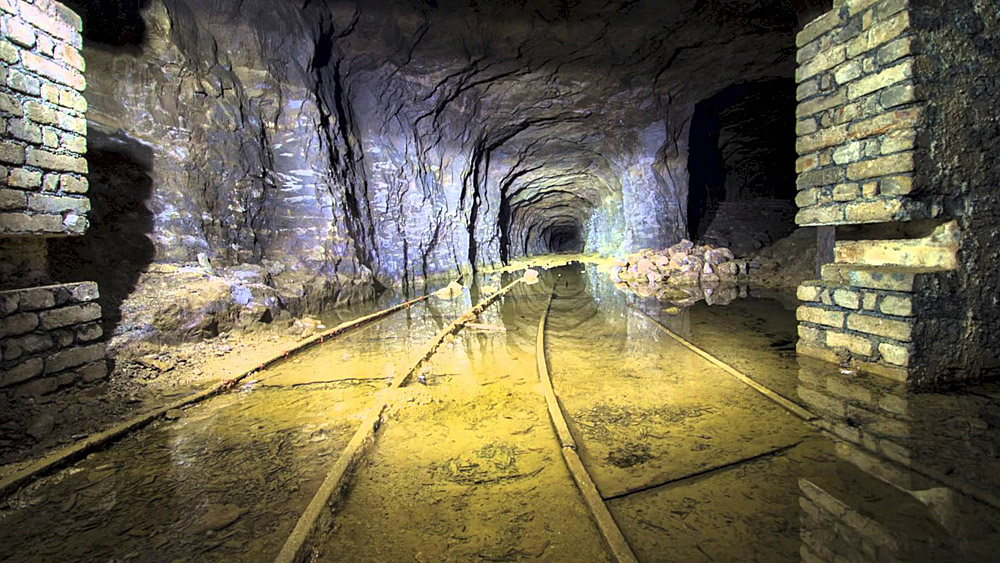 Beneath the western United States lie thousands of old mining tunnels filled with the same toxic water stew that spilled into a Colorado river last week, turning it into a nauseating yellow concoction and stoking alarm about contamination of drinking water.

Though the spill into the Animas River in southern Colorado is unusual for its size, it’s only the latest instance of the region grappling with the legacy of a centuries-old mining boom that helped populate the region but also left buried toxins.

Until the late 1970s there were no regulations on mining in most of the region, meaning anyone could dig a hole where they liked and search for gold, silver, copper or zinc. Abandoned mines fill up with groundwater and snowmelt that becomes tainted with acids and heavy metals from mining veins which can trickle into the region’s waterways. Experts estimate there are 55,000 such abandoned mines from Colorado to Idaho to California, and federal and state authorities have struggled to clean them for decades. The federal government says 40 percent of the headwaters of Western waterways have been contaminated from mine runoff.

Last week, the Environmental Protection Agency was trying to staunch leakage from a gold mine – not worked since 1923 – high in the San Juan mountains of southern Colorado. But workers moving debris from the mine tunnel accidentally opened up the passage, leading to a million gallons of sludge spilling into a creek that carried it into the Animas River. From there the discharge headed toward the Colorado River, which provides water to tens of millions of Westerners.

“The whole acid draining issue is something we struggle with in the western United States,” said Bruce Stover, the Colorado Department of Mining official in charge of dealing with abandoned mines in that state.

One of the complicating factors is money and legal liability. Cleaning up the mines is very costly, and the Clean Water Act says that anyone who contributes to pollution of a waterway can be prosecuted for a federal crime, even if they were trying to clean up pollution. That’s kept environmental groups from helping the EPA treat water and tidy up mines. Groups for several years have been pushing for a federal law that would let so-called “Good Samaritan” groups help with cleanup without being exposed to legal liability.

“There’s still a whole generation of abandoned mines that needs to be dealt with,” said Steve Kandell of Trout Unlimited, one of the organizations backing the bill.

But the Wednesday spill from the Gold King mine shows the amount of damage that the slightest cleanup accident can inflict. The mine is one of four outside the old mining town of Silverton that have leaked heavy metals into Cement Creek, which flows into the Animas. Cement Creek is so poisoned that no fish live there and the EPA has long registered abnormal levels of acidity and heavy metals in the upper Animas that have also injured aquatic life.

Downstream, though, the Animas flows through the scenic town of Durango and is a magnet for summer vacationers, fishermen and rafters. The river turned yellow Thursday, emitting a sickening stench and sending water agencies scrambling to shut off the taps from the waterway.

The EPA apologized profusely to residents for both the accident and failing to warn anyone for the first 24 hours. During a town hall meeting in Durango on Friday, a restaurant owner asked the EPA if it would compensate businesses for lost revenue, while officials warned that the river may turn yellow again in the spring, when snowmelt kicks up the settled contaminated sediment.

The history of the Gold King and its neighboring mines is also an example of the difficulty in cleaning up old waste. The EPA had initially tried to plug a leak in another mine that drained into Cement Creek, the American Tunnel, but that simply pushed more contaminated water out of the neighboring mines such as Gold King.

“In this day and age, everyone wants the quick fix, but these things take time,” said Jason Willis, an environmental engineer who works with Trout Unlimited in Colorado. “These are site-specific tasks.”

Stover said it was particularly galling that the Animas was contaminated by the very chemicals that environmental officials have been trying to remove from its watershed.

“It’s very unfortunate,” Stover said. “We’ve been fighting this war for years, and we’ve lost a battle. But we’re going to win the war.”