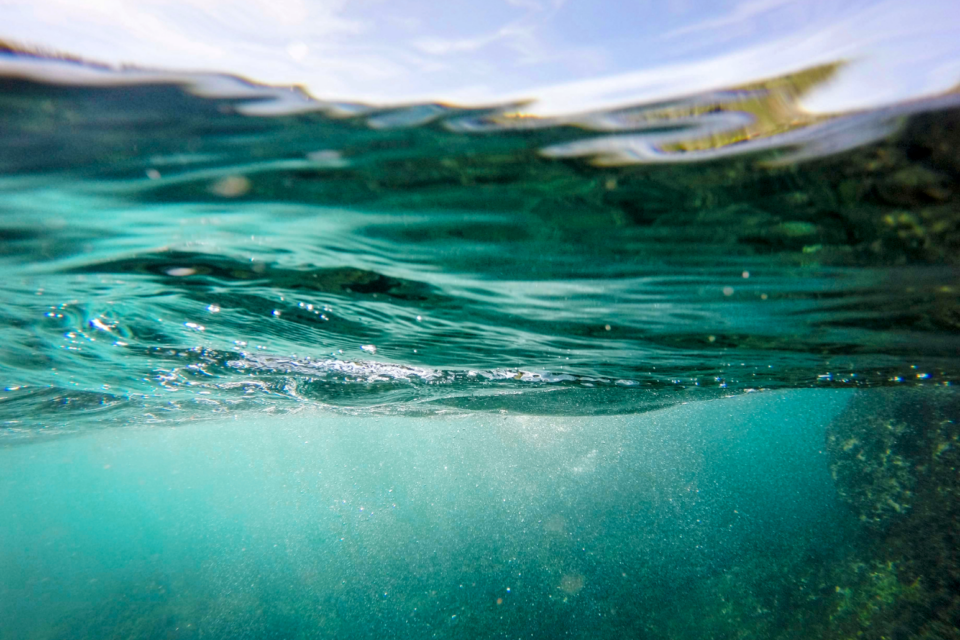 The schooner Tara is a floating laboratory that journeys around the world’s oceans conducting scientific research. It has covered more than 450,000 kilometers since 2003, while carrying out 12 scientific expeditions in collaboration with the best international laboratories and academic organizations in the world. The research is carried out under the auspices of the Tara Ocean Foundation that aims to develop innovative and original open ocean science that will help predict, anticipate and understand future climate risks and their potential impacts on ocean biodiversity.

On a recent expedition, the crew and scientists on board the Tara collected more than 35,000 water samples from oceans around the world. They analyzed the living organisms present in the water samples for sequences of RNA that are indicative of the presence of RNA viruses. Whereas most living organisms carry their genetic information on molecules of DNA, these viruses have the molecule RNA (ribonucleic acid) as the genetic material within their bodies.

RNA viruses have been around for billions of years and scientists are familiar with those species that cause human diseases such as the common cold, influenza, SARS, MERS, Covid-19, dengue, hepatitis C and E, rabies, polio, mumps, and measles. However, the current study of ocean waters revealed at least 5,500 viral species that are brand new to science.

“RNA viruses are clearly important in our world, but we usually only study a tiny slice of them – the few hundred that harm humans, plants and animals,” said lead author Matthew Sullivan, professor of microbiology at The Ohio State University. “We wanted to systematically study them on a very big scale and explore an environment no one had looked at deeply, and we got lucky because virtually every species was new, and many were really new.”

In their publication, available today in the journal Science, the researchers explain how they combined machine-learning analyses with traditional evolutionary trees in order to identify and classify the new viral species. They found that the 5,500 new species included representatives from all five currently accepted RNA virus phyla, but also suggested that thousands of the new species had characteristics that did not place them within any of the existing phyla. The researchers suggested that at least five new phyla needed to be established in order to classify the new viruses adequately.

The five phyla of viruses currently recognized within the biological kingdom Orthornavirae have recently been accepted by the International Committee on Taxonomy of Viruses (ICTV). However, following the analysis of the seawater samples collected from the Tara, the researchers have proposed the following five new phyla: Taraviricota, Pomiviricota, Paraxenoviricota, Wamoviricota and Arctiviricota. Species from some of these phyla are abundant and widely distributed in ocean waters around the world.

“There’s so much new diversity here – and an entire phylum, the Taraviricota, were found all over the oceans, which suggests they’re ecologically important,” said Sullivan.

Since evidence of the new RNA viruses came from the bodies of marine microbes present in the water samples, it is likely that these viruses use the different microbes as hosts. While microbes are essential contributors to all life on the planet, viruses that infect or interact with them have a variety of potential influences on microbial functions. These types of viruses are believed to have three main functions: killing cells, changing how infected cells manage energy, and transferring genes from one host to another.

The researchers hypothesize that knowing more about viral diversity and abundance in the world’s oceans will help explain the role of marine microbes in the ways that oceans adaptation to climate change. Marine microbes are important in the generation of oxygen and the absorption of over half of the human-generated carbon dioxide from the atmosphere. Previous research by this group has also suggested that marine viruses are the “knob” on a biological pump that affects how carbon in the ocean is stored.

In previous research, Sullivan’s team has catalogued the diversity and abundance of DNA virus species in the oceans. They have identified more and more new species, increasing the number of ocean species from a few thousand in 2015 and 2016 to 200,000 in 2019.

For studies on DNA viruses, the scientists had access to individual viral particles and their DNA for the analysis. However, in the study of the RNA viruses there were no actual viral particles to study. Instead, researchers extracted sequences from genes expressed in organisms floating in the sea, and narrowed the analysis to RNA sequences that contained a signature gene, called RdRp. This ancient gene codes for the production of an enzyme that is important in the synthesis of RNA from an RNA template, and it is present in the genomes of most RNA-containing viruses.

RdRp has evolved for billions of years in RNA viruses, and is absent from other viruses or cells. However, because its existence dates back to the earliest life on Earth, its position within the viral RNA has changed many times. This made it impossible to map out the viral relationships using a traditional phylogenetic tree. Instead, the team used machine learning to organize the 44,000 new genetic sequences they found, in a way that could handle the billions of years of sequence divergence. They validated their method by showing that the technique could classify sequences of known RNA viruses accurately.

“We had to benchmark the known to study the unknown,” said Sullivan, also a professor of civil, environmental and geodetic engineering, founding director of Ohio State’s Center of Microbiome Science and a leadership team member in the EMERGE Biology Integration Institute. “We’ve created a computationally reproducible way to align those sequences to where we can be more confident that we are aligning positions that accurately reflect evolution.”

The researchers also did analysis using 3D representations of sequence structures and alignment which revealed that the cluster of 5,500 new species didn’t fit into the five existing phyla of RNA viruses previously recognized in the Orthornavirae kingdom.

“We benchmarked our clusters against established, recognized phylogeny-based taxa, and that is how we found we have more clusters than those that existed,” said co-first author Ahmed Zayed, a research scientist in microbiology at Ohio State and a research lead in the EMERGE Institute.

These findings led the researchers to propose not only the five new phyla in viral taxonomy, but also at least 11 new orthornaviran classes of RNA viruses. The team is preparing a proposal to request formalization of the candidate phyla and classes by the ICTV.

Zayed said the extent of new data on the RdRp gene’s divergence over time leads to a better understanding about how early life may have evolved on the planet.