Increasing the abundance of a threatened salmon could have economic benefits • Earth.com 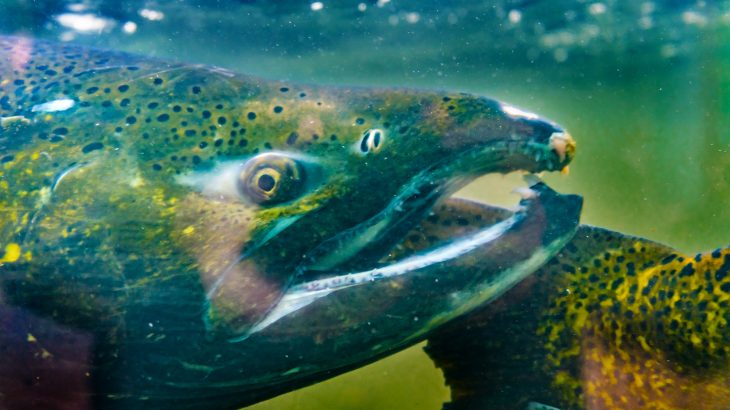 Increasing the abundance of a threatened salmon could have economic benefits

A new study from the University of Oregon suggests that increasing the abundance of a threatened species can be very beneficial to people living in the Pacific Northwest. The team found that a two-thirds increase in the average number of coho salmon returning to the Oregon coast each year would generate up to $518 million in economic benefits.

The study has been released just as the U.S. Department of Interior announced that economic impacts must now be considered for listing a species under the Endangered Species Act (ESA).

“When we think about actions to protect endangered and threatened species, we often focus on the costs,” said study co-author David Lewis. “The benefits of protecting threatened species are difficult to estimate since they are considered to be non-market and arise from the public’s values for things like the existence of abundant salmon in the wild. This study gives us a way to evaluate the benefits.”

“If an agency is considering a policy or program that would increase the number of salmon by a certain amount, our study translates the benefits for that amount of salmon to a dollar value,” added study co-author Steven Dundas.

“This provides evidence of the economic value Pacific Northwest residents place on protecting threatened and endangered species. We can compare it to how much we actually spend on salmon restoration activities, to see if there’s a net benefit to more investment.”

In collaboration with the Alaska Fisheries Science Center, the researchers found that up to $277 million a year could be gained by achieving conservation goals sooner rather than later.

“There are sizable benefits to achieving conservation goals quickly,” said Lewis. “That has real implications for conservation programs, showing that there’s significant value to the public in up-front investments.”

The investigation was focused on surveys that were mailed to 5,000 households in Oregon, Washington, Idaho, and northern California in the fall of 2017. The participants were presented with various conservation scenarios and their associated benefits for improving the abundance of Oregon Coast coho salmon.

The survey respondents were then asked to choose a conservation scenario, which was linked to an annual per-household cost from a combination of additional taxes and higher prices for lumber and agricultural products, ranging from $10 to $350 per year.

“The surveys create a situation for someone to make a decision about a public good – as if increases in salmon abundance were something they could choose off the shelf at the grocery store,” said Dundas.

By analyzing the responses, the researchers were able to calculate the average household willingness to pay for salmon conservation, which was multiplied by the number of households in the Pacific Northwest to estimate the overall benefits.