Range of tick and mosquito-borne disease is spreading rapidly • Earth.com 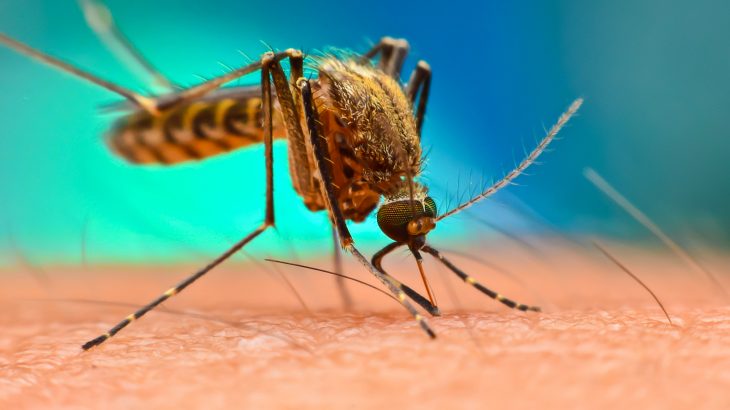 Range of tick and mosquito-borne disease is spreading rapidly

The range of mosquito and tick-borne (vector-borne) diseases like chikungunya, dengue fever, leishmaniasis, and tick-borne encephalitis (TBE) is rapidly expanding, according to new research being presented at this year’s European Congress of Clinical Microbiology & Infectious Diseases (ECCMID).

Over the next few decades, vector-borne diseases are expected to sweep Europe due to climate change and international travel. Europeans in higher latitudes and altitudes, who have not experienced the threat of vector-borne diseases before, may need to be on alert in the coming years if preventative measures aren’t taken, and if surveillance and data sharing pertaining to vector-borne outbreaks is not improved.

“Climate change is not the only or even the main factor driving the increase in vector-borne diseases across Europe, but it is one of many factors alongside globalisation, socio economic development, urbanisation, and widespread land-use change which need to be addressed to limit the importation and spread of these diseases,” said Professor Jan Semenza from the European Centre for Disease Prevention and Control in Stockholm, Sweden.

“The stark reality is that longer hot seasons will enlarge the seasonal window for the potential spread of vector-borne diseases and favour larger outbreaks,” said Dr. Giovanni Rezza, Director of the Department of Infectious Diseases at the Istituto Superiore di Sanitá in Rome, Italy. “We must be prepared to deal with these tropical infections. Lessons from recent outbreaks of West Nile virus in North America and chikungunya in the Caribbean and Italy highlight the importance of assessing future vector-borne disease risks and preparing contingencies for future outbreaks.”

Because of global warming, mosquitos, ticks, and other disease-carrying insects have had the opportunity to adapt to changing seasons, and populations have mushroomed in both tropical regions and warmer regions in Europe like France, Greece, and Croatia.

Over the past 30 years, there has been a 400% increase in reported cases of the viral disease TBE. This influx is mostly due to heightened surveillance and diagnosis. However, climate change models predict that by 2040 through 2060, we could see a 3.8% population growth of Ixodes ricinus ticks, with Scandinavia being the largest area at risk.

“Given the ongoing spread of invasive mosquitoes and other vectors across Europe, we must anticipate outbreaks and move to intervene early,” Professor Semenza said. “Public health agencies need to improve surveillance, for example through early warning systems, increase awareness of the potential risks among healthcare workers and the general public, as well as adopt innovative control strategies such as community interventions.”