Tilapias stunt their own growth to survive stressful conditions • Earth.com 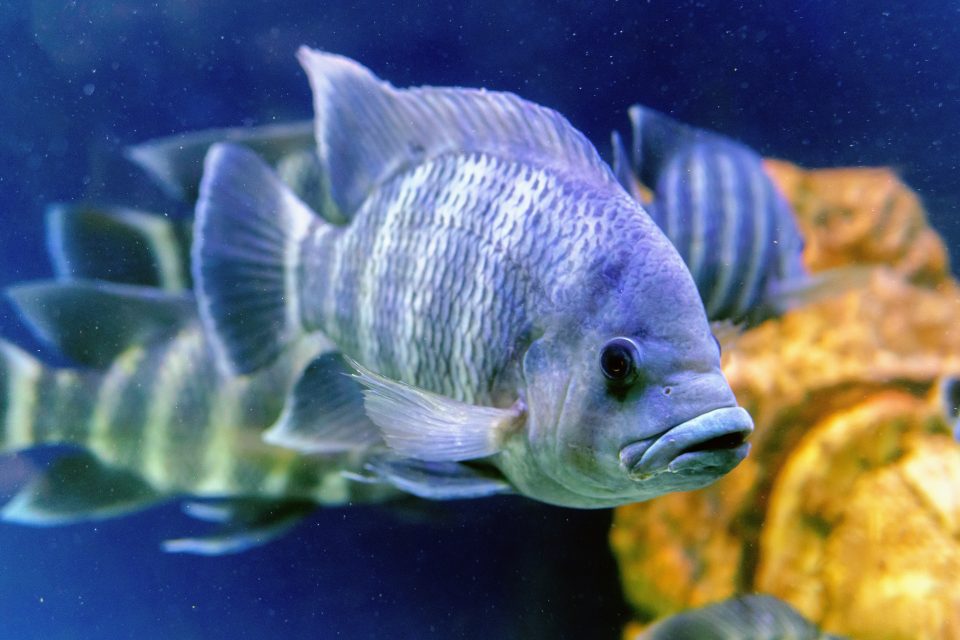 Tilapias stunt their own growth to survive stressful conditions

A new study from the University of British Columbia reveals that tilapias do not die in stressful conditions like most fish. Instead, these resilient animals survive in rough environments by stunting their growth and carrying on with their lives in dwarf form.

In stressful environments like crowded aquaculture ponds, tilapias adapt so well that they stop growing and reproduce at a smaller size.

“Tilapia and other fish in the Cichlidae family do not spawn ‘earlier’ than other fishes, as it is commonly believed. Rather, they are uncommonly tolerant of stressful environmental conditions which, however, elevate their oxygen demand,” explained study lead author Upali S. Amarasinghe of the University of Kelaniya.

Just like all fish, tilapias need more oxygen to sustain bodily functions when their metabolism increases. However, the gills eventually reach a point where they cannot supply enough oxygen for a larger body, so the fish either dies or just stops growing.

Study co-author Daniel Pauly is the principal investigator of the Sea Around Us initiative at UBC’s Institute for the Oceans and Fisheries.

“Gill surface area grows in two dimensions, that is, length and width, but they cannot keep up with bodies that grow in three dimensions – length, width and depth,” said Pauly.

“As fish get bigger, their gills provide less oxygen per unit of body weight. Thus, to stay alive in stressful conditions, which increase their oxygen demand, fish have to remain smaller. This theme is further developed in what I called the Gill Oxygen Limitation Theory.”

For tilapias, the stress they experience in their environment is compounded by the stress of their gills not keeping with the increasing oxygen demand of their growing bodies. The subsequent cascade of hormones triggers maturation and spawning at smaller sizes than what would occur under optimal conditions.

The experts noted that the spawning does not simply occur at a younger age, as the fish’s growth process has already ended.

For their investigation, the researchers analyzed the maximum lengths reached among nine different fish species, including tilapia and other cichlids, in lakes and aquaculture ponds across the world. Overall, the team studied 41 populations of fish in places like Brazil, Uganda, Egypt, and Hong Kong.

When they looked at the ratio between the maximum lengths these fishes can reach and their lengths when they reproduce for the first time, they found it was the same for tilapias that has been previously identified in other fish.

“This ratio tells us that tilapias in stressful conditions don’t spawn ‘earlier,’ they just adjust their size downward, but their life cycle continues,” said Amarasinghe.

“These findings will matter to fish farmers, notably in Asia, whose ponds are often full of wildly reproducing, small tilapia for which there is no market,” noted Pauly.

The study is published in the journal Asian Fisheries Science.