Tiny photodiodes could turn clothing into a phone charger • Earth.com 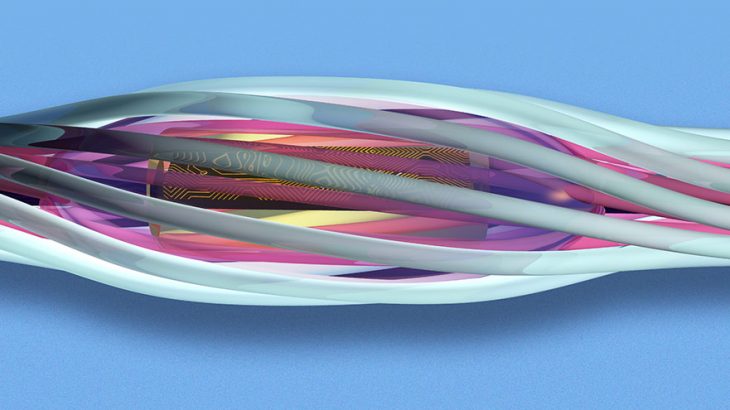 Tiny photodiodes could turn clothing into a phone charger

Phone battery running low? Don’t worry – just dock it in a special pocket in your clothing, then spend a little time in the sun, and it will be recharged in no time. Such a scenario isn’t possible now, but it could be thanks to tiny photodiodes woven into your clothing.

“It could do away with the need to plug items into sockets and reduce the demand on the grid while cutting carbon emissions,” co-author Dr. Tilak Dias told the Daily Mail. “The electrical power demand for smart e-textiles has always been its Achilles heel and this technology will allow people to use smart textiles while on the move.”

The research team created a prototype to see how feasible the potential power solution would actually be.

The tiny photodiodes are so small that they are nearly invisible to the naked eye, and can’t be felt by the clothing’s wearer. Researchers encapsulated each tiny solar cell in resin, so that garments made with them can be laundered like normal.

“Wash tests confirmed that the yarns could survive multiple machine wash and drying cycles without deterioration in performance,” they wrote in their study, published in the journal Scientific Reports.

However, weaving the cells into fabric and coating them with resin did have an effect on how much power they could generate, the researchers said.

About 2,000 of the tiny photodiodes are needed to charge a smartphone, they said. The prototype, a 5-by-5-centimeter piece of fabric, contained about 200 solar cells – enough to power a Fitbit or old-fashioned mobile phone.

The researchers believe the prototype shows promise that e-textiles containing photodiodes could be very useful in today’s digital age.

“With the demonstration of a (photodiode)-embedded E-yarn using this technique, there is no doubt that the integration of various types of optical sensors inside of textile yarns is a viable proposition,” they wrote.