Tiny pterosaurs were fierce competitors in the Late Cretaceous • Earth.com 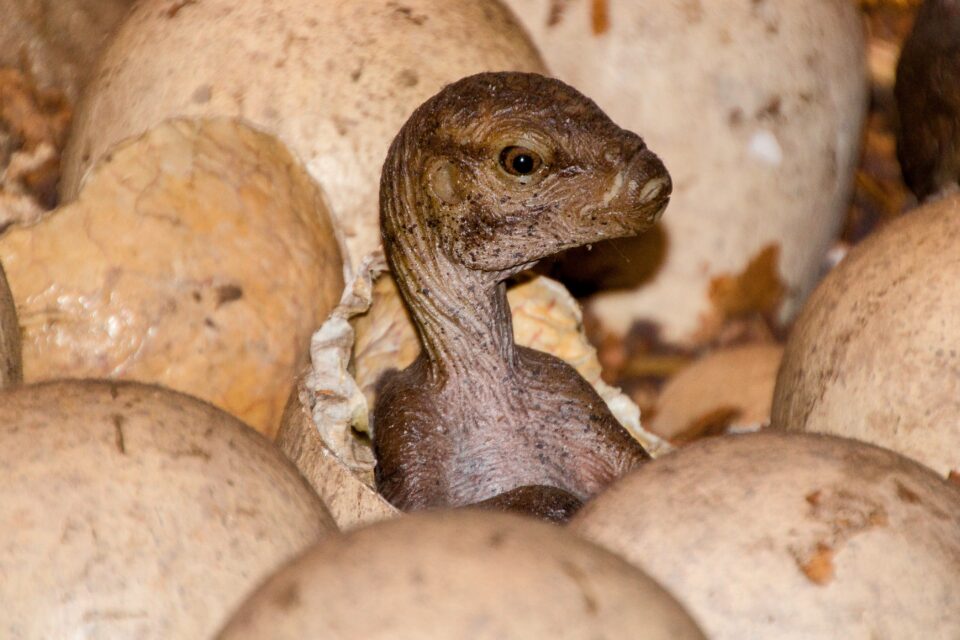 Tiny pterosaurs were fierce competitors in the Late Cretaceous

The ecology of extinct organisms – particularly those that appear very alien to us – can surprise even seasoned scientists. Paleontologists must base their hypotheses off of modern animals and ecosystems. However, the 21st century biosphere has been depleted of megafauna, and even if it weren’t, mammals occupy many terrestrial niches. When examining reptile or amphibian-dominated ecosystems, we must often change our frame of reference.

A new study from researchers at the University of Portsmouth reinforces this principle. The research shows that many of the roles today filled by a variety of bird species may have been occupied by just a handful pterosaurs, who filled different niches as they grew up.

The researchers focused their study on the Kem Kem beds of Morocco – famous for producing Spinosaurus (or Sigilmassasaurus, depending on your stance) specimens.

“Over the last 10 years or so, we’ve been doing fieldwork in Morocco’s Sahara Desert and have discovered over 400 specimens of pterosaurs,” said study lead author Roy Smith.

He added that some of the fossils “looked like smaller jaws – about the size of a fingernail – but these tiny pterosaur remains could have just been the tips of big jaws so we had to do some rigorous testing to find out if they were from a small species or from tiny juveniles of large and giant pterosaurs.”

Anusuya Chinsamy-Turan studies the histology, or internal structure, of fossil bone at the University of Cape Town in South Africa.She was able to determine the relative maturity of some of the specimens.

“By looking at the paper-thin section of the bones under a microscope, I could tell that they were from juveniles as the bone was fast growing and didn’t have many growth lines. We also examined the surface of the bones and found they had a rippled texture. This was further evidence they were the bones of immature individuals as mature pterosaur bones have an incredibly smooth surface once they are fully formed,” explained Chinsamy-Turan.

This, in conjunction with the recent discovery illustrating that pterosaurs could fly straight after hatching, paints a different picture of their ecology than what we might expect from flying animals today.

“What really surprised me about this research is that the feeding ecology of these magnificent flying animals is more like that of crocodiles than of birds,” said Portsmouth Professor David Martill. Whereas birds will have a number of species occupying very specific roles in the ecosystem, crocodiles filter through different niches until they become apex predators.

“It’s likely that the juvenile pterosaurs were feeding on small prey such as freshwater insects, tiny fishes and amphibians,” said Professor Martill. “As they grew they could take larger fishes – and who knows – the biggest pterosaurs might have been capable of eating small species of dinosaurs, or the young of large dinosaur species.”