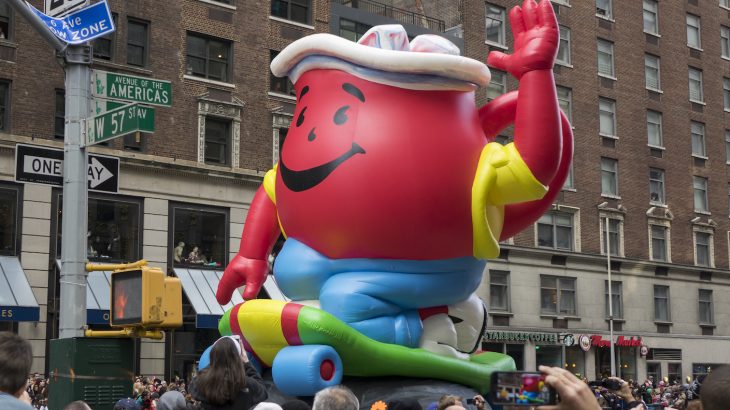 After tobacco companies bought food and drink beverage companies in the early 1960s, some of the biggest names in tobacco employed their marketing and advertising techniques to sell sugary, high-calorie drinks like Kool-Aid and Tang to children.

In a new study, researchers from the University of California-San Francisco reviewed documents from the tobacco industry that had previously been kept secret, but detailed the brand acquisitions and marketing campaigns of R.J. Reynolds and Philip Morris, two leading tobacco companies.

It’s hard to imagine that the makers of Marlboro and Virginia Slims created the Kool-Aid Man, but the researchers found that as tobacco companies began to face scrutiny from health officials, executives quickly shifted gears and branded some of their products to appeal to younger demographics.

The study was published in the journal The BMJ and researchers link these early brand acquisitions and marketing to the high consumption of sugary beverages among children in the US today.

“Executives in the two largest U.S.-based tobacco companies had developed colors and flavors as additives for cigarettes and used them to build major children’s beverage product lines, including Hawaiian Punch, Kool-Aid, Tang and Capri Sun,” said Laura Schmidt, the senior author of the study. “Even after the tobacco companies sold these brands to food and beverage corporations, many of the product lines and marketing techniques designed to attract kids are still in use today.”

Both kids and adults consume large amounts of sugary beverages, and on average young people drink 143 calories of sugary drinks each day.

These drinks, although sweet and addictive, do not fulfill many nutritional needs and high consumption of sugary beverages has been linked to an increased risk of childhood obesity and metabolic problems.

Not all sugary drinks have roots in the tobacco industry, but the researchers found that R.J. Reynolds and Philip Morris once owned several of the most popular brands of fruity and sweet drinks.

In 1963, R.J. Reynolds purchased Hawaiian Punch from the Pacific Hawaiian Products Company and wanted to highlight the beverage’s mascot Punchy as a counterpart to Joe Camel. Punchy was featured on coloring books, comics, toys, and clothing.

Similar to Punchy, Phillip Morris hit advertising gold when it created the Kool-Aid Man after acquiring Kool-Aid from General Foods in 1985.

The Kool-Aid Man not only helped sell the wide array of Kool-Aid flavors offered by the company but also merchandise with the Wacky Wild Kool-Aid style campaign.

“The Wacky Wild Kool-Aid style campaign had tremendous reach and impact,” said Kim Nguyen, the first author of the study. “Lots of kids in the ’80s dreamed of getting swag from the Wacky Warehouse. What is really ‘wacky’ is that the Kool-Aid kid program was modeled after a tobacco marketing strategy designed to build allegiance with smokers.”

Now, as sugary drinks are being linked to health problems and obesity, many sweetened beverage manufacturers say they limit marketing to children and make sure children are less exposed to commercials for unhealthy foods.

“The industry claims that these tobacco-inspired marketing strategies are not actually targeting children and should be excluded from these industry-led agreements,” said Schmidt. “But the evidence cited in our research shows that these product lines and marketing techniques were specifically designed for and tested on children.”