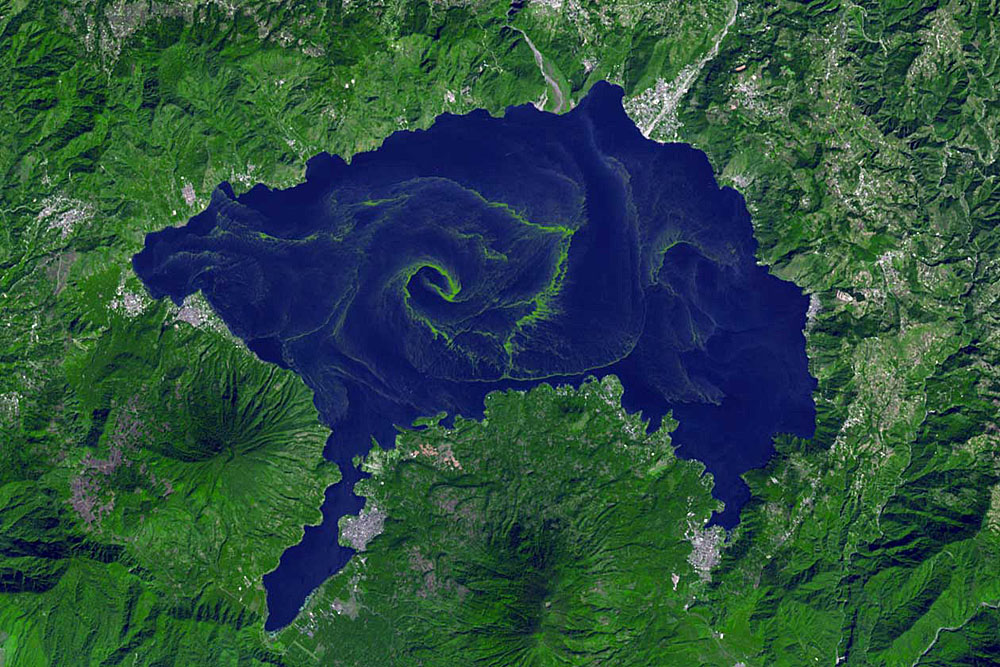 A report concludes that blooms of toxic cyanobacteria, or blue-green algae, are a poorly monitored and underappreciated risk to recreational and drinking water quality in the United States, and may increasingly pose a global health threat.

Several factors are contributing to the concern. Temperatures and carbon dioxide levels have risen, many rivers have been dammed worldwide, and wastewater nutrients or agricultural fertilizers in various situations can cause problems in rivers, lakes and reservoirs.

No testing for cyanobacteria is mandated by state or federal drinking water regulators, according to scientists from Oregon State University, nor is reporting required of disease outbreaks associated with algal blooms. But changes in climate and land use, and even increasing toxicity of the bacteria themselves, may force greater attention to this issue in the future, the researchers said.

An analysis outlining the broad scope of the problem has been published in Current Environmental Health Reports, by scientists from OSU and the University of North Carolina. The work was supported by the U.S. Geological Survey and the National Science Foundation.

The researchers also noted that problems with these toxins reach their peak during the heat of summer – as they are doing right now.

In 2015, drought and low snow pack throughout the West has led to large and toxic algal blooms earlier than in previous years. Toxic blooms have occurred for the second consecutive year in the Willamette River near Portland, Ore., and Upper Klamath Lake and most of the Klamath River have health warnings posted.

In a related marine concern, all along the West Coast many shellfish harvests are closed due to an ongoing event of domoic acid shellfish poisoning, producing what is thought to be the largest algal bloom in recorded history.

Cyanobacteria are ubiquitous around the world, and a 2007 national survey by the EPA found microcystin, a recognized liver toxin and potential liver carcinogen, in one out of every three lakes that were tested. Some of the toxic strains of cyanobacteria can also produce neurotoxins, while most can cause gastrointestinal illness and acute skin rashes.

Exposure to cyanobacteria is often fatal to pets or wildlife that drink contaminated water, and there have been rare cases of human fatalities. Last year the drinking water supply was temporarily shut down in Toledo, Ohio, a city of 500,000 people, due to cyanobacterial contamination of water taken from Lake Erie.

“The biggest health concern with cyanobacteria in sources of drinking water is that there’s very little regulatory oversight, and it remains unclear what level of monitoring is being voluntarily conducted by drinking water utilities,” said Tim Otten, a postdoctoral scholar in the OSU Department of Microbiology, and lead author on the study.

“At this point we only have toxicology data for a handful of these toxins, and even for those it remains unclear what are the effects of chronic, low-dose exposures over a lifetime,” Otten said. “We know some of the liver toxins such as microcystin are probable carcinogens, but we’ve really scratched only the surface with regard to understanding what the health effects may be for the bioactive metabolites produced by these organisms.”

Otten referred to the “precautionary principle” of protecting human health before damage is done.

“In my mind, these bacteria should be considered guilty until proven innocent, and in drinking water treated as potential pathogens,” he said. “I think cyanobacteria should be approached with significant caution, and deserve better monitoring and regulation.”

The issue is complex, because not all cyanobacteria are a problem, and in fact they play many positive roles as primary producers in oceans and fresh waters. They are among Earth’s oldest life forms, and more than two billion years ago helped produce much of the oxygen that made much other life on Earth possible, including humans. But various strains of them have likely always been toxic.

Scientists said a concern is that nutrient over-enrichment may select for the more toxic populations of these bacteria, creating a positive feedback loop that makes the problem even worse.

Researchers said in their analysis that modern water treatment does a reasonably good job of making drinking water safe, but the lack of required or widespread monitoring remains a problem. No one should drink untreated surface water that may be contaminated by cyanobacteria, and another serious concern is recreational exposure through swimming or other water sports.

Cyanobacteria-associated illnesses are not required to be reported under the Center for Disease Control and Prevention’s guidelines, as most pathogens are. This makes accurate assessments of the incidence and severity of adverse health outcomes difficult to determine.

A recent study identified 11 freshwater lake, algal-bloom associated disease outbreaks, and 61 illnesses from 2009-10, based on reports from New York, Ohio, and Washington. The most common symptoms were skin rashes and gastroenteritis. There were no fatalities.

Many large, eutrophic lakes such as Lake Erie are plagued each year by algal blooms so massive that they are visible from outer space. Dogs have died from drinking contaminated water, and sea otter deaths in Monterey Bay have been attributed to them eating shellfish contaminated with microcystin that came from an inland lake.

Until better monitoring standards are in place, the researchers note, an unfortunate indicator of toxic algal bloom events will be illness or death among pets, livestock and wild animals that drink contaminated water.

One cannot tell visually if an algal bloom will be toxic or not, Otten said, and traditional microscopic cell counting and other approaches to assess risk are too slow for making time-sensitive, public health decisions. But the future holds promise. New DNA-based techniques can be used by experts to estimate health risks faster and cheaper than traditional methods.

Cyanobacterial toxins are not destroyed by boiling. However, individuals concerned about the safety of their drinking water may use regularly-changed point-of-use carbon filtration devices that are effective in reducing these health risks.

People should also develop an awareness of what cyanobacteria look like, in a natural setting appearing as green, paint-like surface scums. They should avoid water recreation on a lake or river that has these characteristics, researchers said.