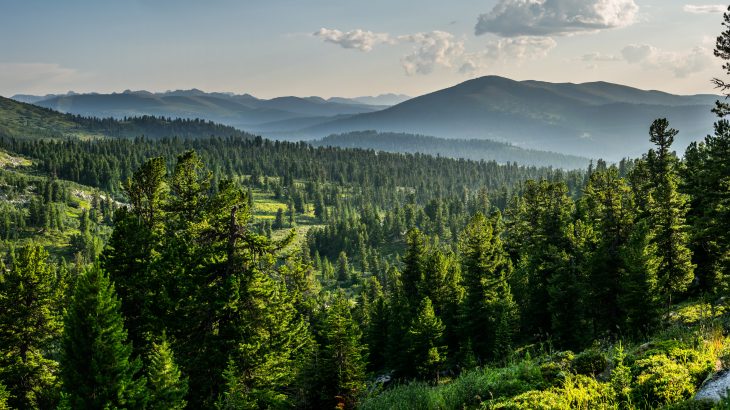 An international team of researchers led by the University of Cambridge recently conducted the largest-ever analysis of tree ring data in the Russian Arctic. The study has revealed that Arctic air pollution is much worse than what was previously realized.

The researchers combined measurements of tree ring width and wood chemistry from living and dead trees with soil characteristics and computer modeling. They found that decades of nickel and copper mining has not only damaged local ecosystems, but has also affected the global carbon cycle.

The devastating impacts of air pollution near the industrial Siberian city of Norilsk can be seen in the annual growth rings of trees in the boreal forest, where a mass die-off has spread up to 100 kilometers.

Norilsk, the world’s northernmost city, is one of the most polluted places in the world as a result of intensive mining that dates back to the 1930s. Heavy emissions have destroyed around 24,000 square kilometres of boreal forest since the 1960s. Today, the surviving trees in the higher elevations are suffering as well.

The researchers have shown how the amount of pollution spewed into the atmosphere by mines is at least partially responsible for the phenomenon of “Arctic dimming,” which is usually caused by volcanic eruptions.

“Using the information stored in thousands of tree rings, we can see the effects of Norilsk’s uncontrolled environmental disaster over the past nine decades,” said study lead author Professor Ulf Büntgen. “While the problem of sulphur emissions and forest dieback has been successfully addressed in much of Europe, for Siberia, we haven’t been able to see what the impact has been, largely due to a lack of long-term monitoring data.”

The researchers assessed the extent of Norilsk’s devastating environmental impacts, which peaked in the 1960s.

“We can see that the trees near Norilsk started to die off massively in the 1960s due to rising pollution levels,” said Professor Büntgen. “Since atmospheric pollution in the Arctic accumulates due to large-scale circulation patterns, we expanded our study far beyond the direct effects of Norilsk’s industrial sector and found that trees across the high-northern latitudes are suffering as well.”

The researchers also found that tree growth has been drastically stunted since the 1970s by Arctic dimming, a phenomenon in which the sun is partially blocked by particles in the atmosphere. This reduction in sunlight slows the process of evaporation and interferes with the hydrological cycle.

Even though global warming should be boosting the rate of boreal tree growth, air pollution has prevented this from happening. The researchers found that the pollution levels in the atmosphere have diminished the trees’ ability to turn sunlight into energy through photosynthesis.

“What surprised us is just how widespread the effects of industrial pollution are – the scale of the damage shows just how vulnerable and sensitive the boreal forest is,” said Professor Büntgen. “Given the ecological importance of this biome, the pollution levels across the high-northern latitudes could have an enormous impact on the entire global carbon cycle.”