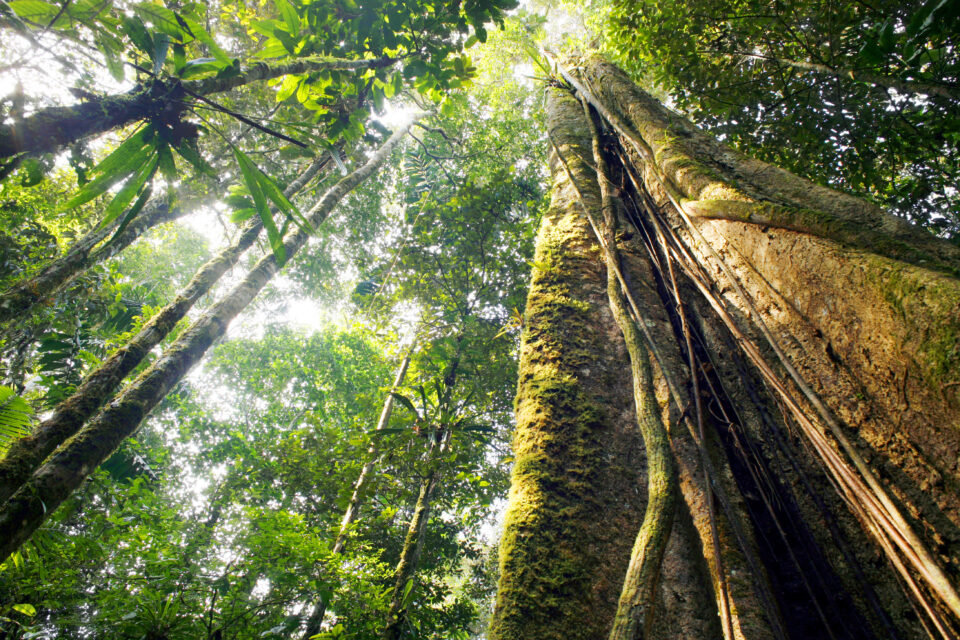 The ability of rainforests to store carbon may significantly decrease due to climate change, according to a new doctoral thesis written by Maria Wittermann, a postgraduate student at the University of Gothenburg. This problem is caused by the fact that photosynthesis rates in the leaves of rainforest tree species are falling at higher temperatures and the trees’ natural cooling systems are failing during droughts.

Some species of fast-growing rainforest trees which established themselves early as the forests had been growing – called “early successional trees” – are able to handle rising heat by sucking up large quantities of water to their leaves and transpiring through wide-opened pores in the leaves. However, this does not seem to hold for trees that make up the canopy of rainforests in old growth forests (“late successional trees”), and grow slower, but get bigger and taller, thus losing their ability to cool themselves via transpiration.

“The tropics have not experienced Ice Ages and have thus had a relatively stable climate historically as well as seasonally. With climate change, it has started to get warmer and then we have seen that some species of trees are showing increased mortality rates, but we have not really known why before,” Wittermann said.

While early successional trees open the pores wider in their leaves, and transpire large amounts of water that helps them keep down the temperature in their leaves (much like an air conditioning system), the late successional species have more difficulties to stay cool since they don’t open their pores so much.

Unfortunately, the early successional trees’ profuse transpiration requires a lot of water – which is not available during droughts. By contrast, late successional species’ reduced consumption of water makes them more resistant to droughts.

“Our results show that photosynthesis rates in rainforest trees falls when the temperature rises in their leaves, which occurs mainly in late successional species. The proteins and membranes in their leaves, that are essential for photosynthesis, fail, and eventually the trees die due to carbon starvation because they cannot convert enough carbon dioxide from the air. This affects the entire ecosystem. We know, for example, that some animals eat the fruits of the late successional species,” she added.

In her conclusion, Wittermann argued that, while this situation is currently worse in the Amazon – a carbon sink that might turn into a carbon source by as early as 2035 – in African rainforests climate change has fortunately not gone as far yet.