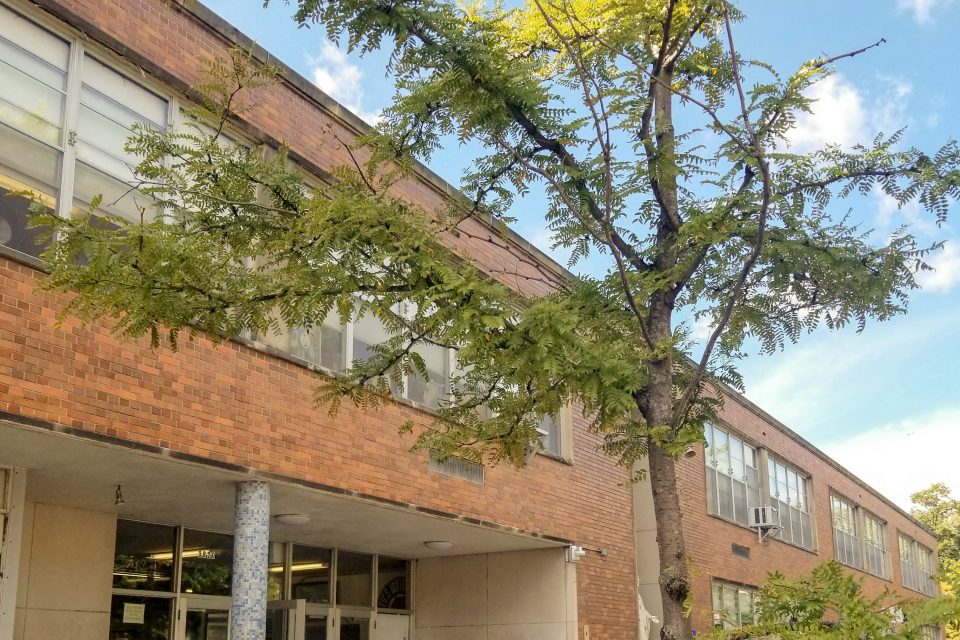 A new study has found that planting trees outside low-achieving and disadvantaged schools may help improve academic performance for the students.

Access to green spaces has been found to have many benefits for both physical and mental health and wellbeing. As we reported recently, nearby green areas have been shown to improve children’s respiratory health and drastically improve quality of life in large cities.

Researchers from the University of Illinois College of Agricultural, Consumer, and Environmental Sciences conducted a study published in the journal Frontiers in Psychology to examine any potential links between greenness and academic achievement for schools with predominantly low income students. 318 public elementary schools in Chicago were included in the study.

“The goal was to see if the greenness-academic achievement relationship holds for poor, urban schools because that’s where it matters,” said Ming Kuo, the leader of the research. “That’s where educators and policymakers are desperately trying to find ways to help kids reach their potential.”

High-resolution aerial imagery was used to quantify tree and grass cover for each school. The researchers then compared greenness to the academic performance for the schools using standardized test scores for math and reading.

The researchers found that tree cover was a reliable predictor of academic performance, both for reading and math. If there were more trees, the better the standardized test scores were.

Other factors like the number of students in each classroom, gender ratios, and the number of bilingual students had no impact on test scores or academic performance.

The results showed that having trees outside of a school impacted academic performance and the schools considered the most disadvantaged had half the number of trees as the least disadvantaged schools.

“Early math skills are one of the best predictors of later success, not just in math, but in school in general,” said Kuo. “So what we have here is a very exciting clue that maybe simply greening–planting trees in schoolyards–could potentially have a significant impact in math achievement and school success down the line for these kids. And you don’t have to plaster the schoolyard with trees – just bringing schools up to average looks like it could have a substantial effect.”