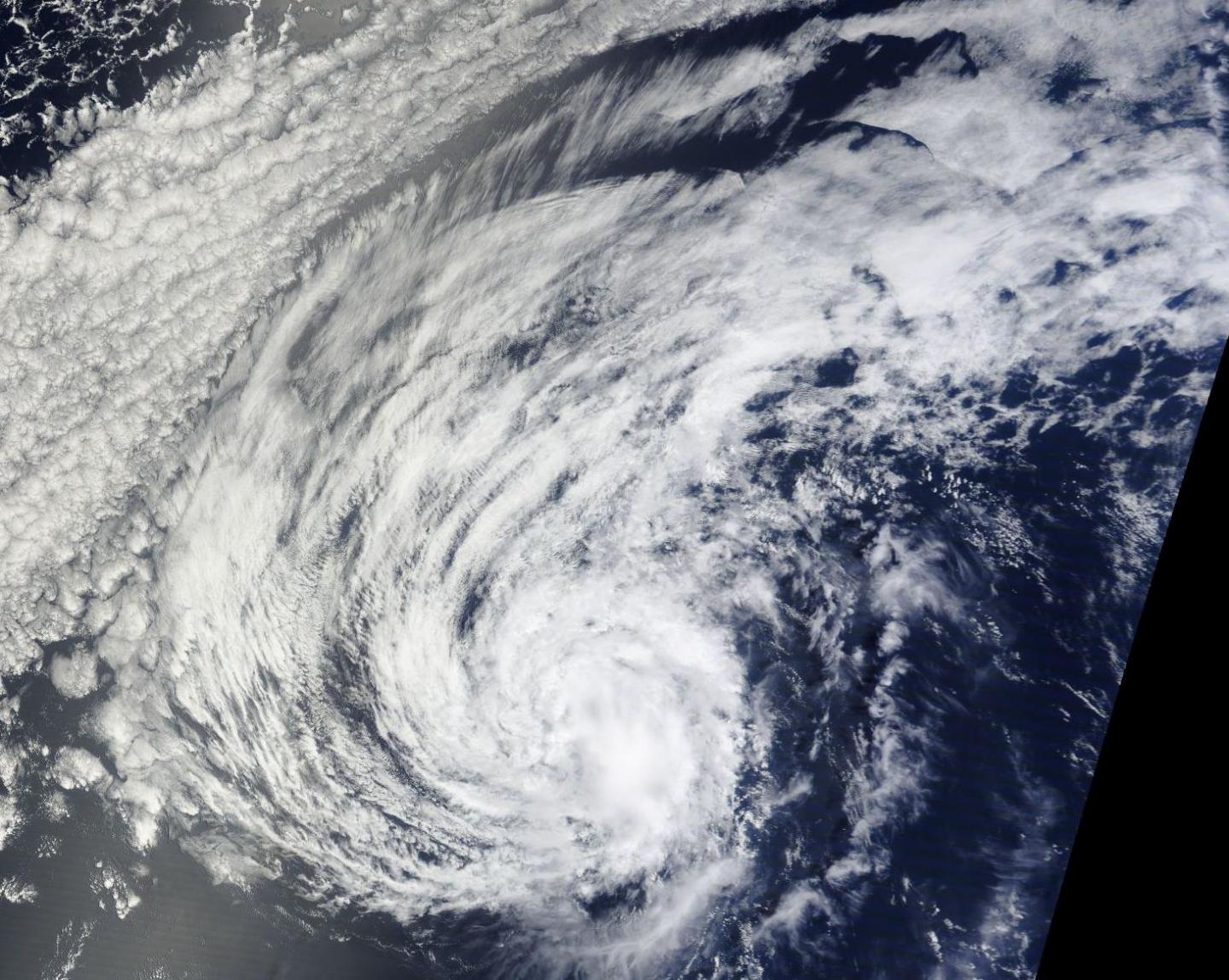 As Agatha neared peak intensity, NASA’s Terra satellite flew overhead on July 3.The MODIS (Moderate Resolution Imaging Spectroradiometer) instrument aboard NASA’s Terra satellite captured a visible image of Agatha on July 3, 2016 when the storm’s maximum sustained winds were near 45 mph (75 kph).The image showed strongest thunderstorms on the eastern side of the storm with a band of storms wrapping into the low-level center of circulation from the northwest.

By July 5 at 0300 UTC (July 4 at 11 p.m. EDT) Agatha’s remnants were located near 19.3 degrees north latitude and 130.4 degrees west longitude. Agatha continued to move west and is expected to dissipate like fading fireworks in a day or two.