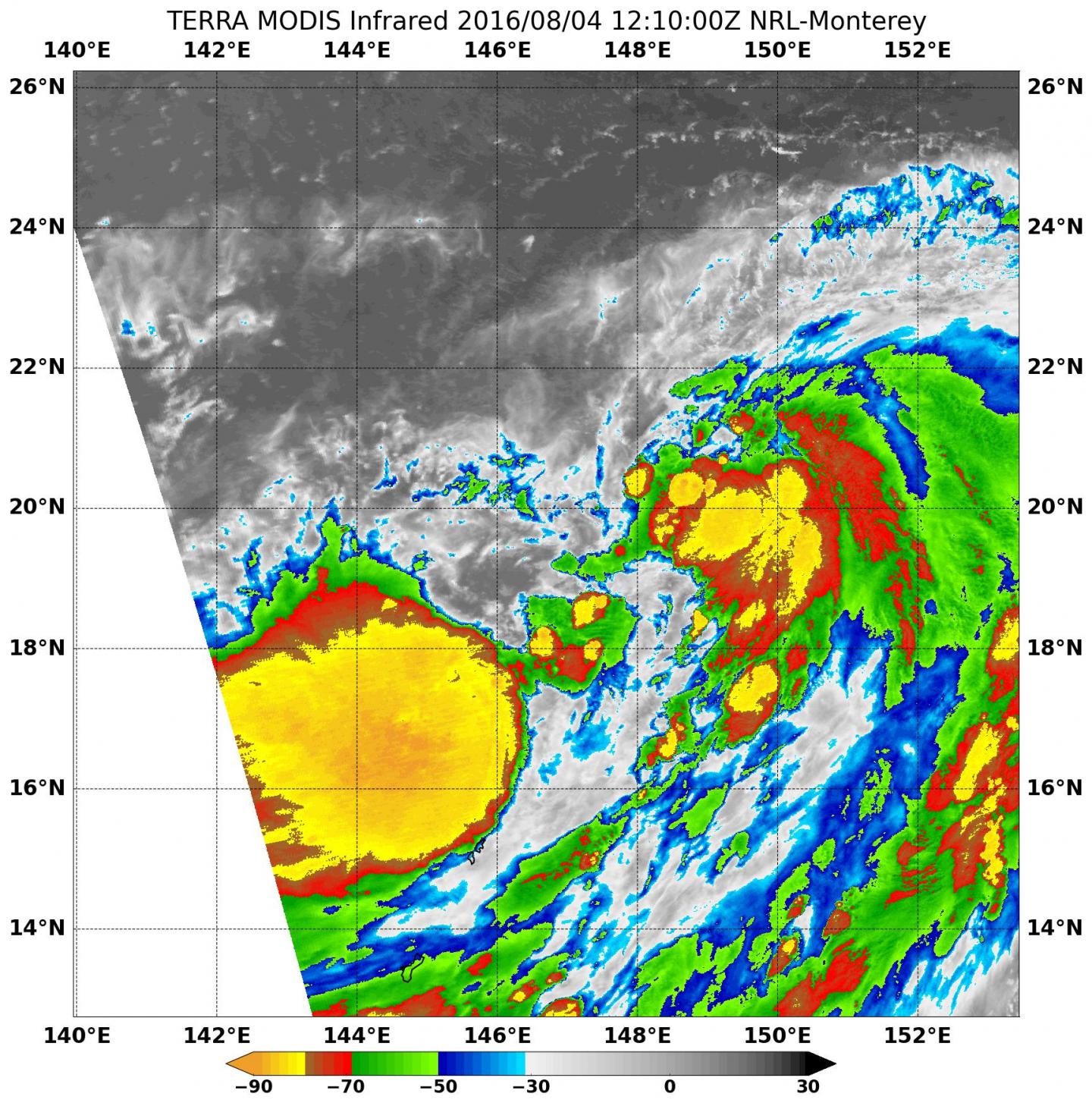 The Moderate Resolution Imaging Spectroradiometer, or MODIS, instrument that flies aboard NASA’s Aqua satellite captured infrared temperature data of the newly developed tropical storm on Aug. 4, 2016, at 8:10 a.m. EDT (12:10 p.m. UTC). The MODIS data showed cloud top temperatures of strong thunderstorms around the center of circulation as cold as minus 80 F (minus 62.2 C). Temperatures that cold indicate strong uplift in the storm and cloud tops high into the troposphere. NASA research has shown that storms with cloud tops that cold have the ability to generate heavy rain.Tropical Storm Omais forms in the Northwestern Pacific

At 11 a.m. EDT (3 p.m. UTC) on Aug. 4, Tropical Storm Omais had maximum sustained winds near 46 mph (40 knots/74 kph). The storm developed quickly from a low pressure area into a tropical storm. Omais was centered near 19.3 degrees north latitude and 146.2 degrees east longitude, about 223 nautical miles north of Saipan, Northern Marianas Islands, and farther away from Guam. Omais has tracked north-northwestward at 3.4 mph (3 knots/5.5 kph) and is expected to continue in that general direction.

NOAA’s National Weather Service Office in Guam has not issued any watches or warnings associated with Omais as the storm is far to the north.

The Joint Typhoon Warning Center forecast calls for Omais to move on a northerly track and strengthen to a typhoon by Aug. 6 after passing far to the east of the island of Iwo To, Japan. It is then expected to continue tracking in a northerly direction through the northwestern Pacific Ocean.