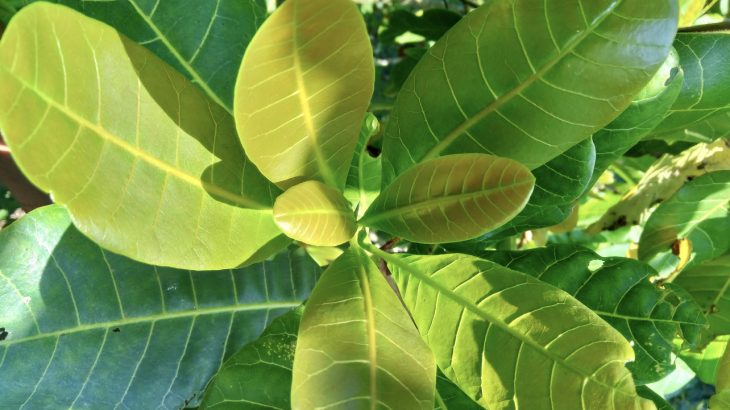 Tropical plants with thick leaves will likely respond very successfully to rising levels of atmospheric carbon dioxide, according to a new study from the University of Washington.

The researchers found that competition between species, as well as multiple changes in the plant leaves, could preserve the ability of tropical forests to absorb CO2 from the atmosphere.

It is difficult for scientists to predict how various plant species will respond to rising levels of carbon dioxide, particularly in the tropics. There will be both advantages and disadvantages, and the resulting shifts in vegetation will have a big influence on the future direction of climate change.

The UW team analyzed how tropical forests, which absorb large amounts of carbon dioxide, will respond as atmospheric CO2 levels continue to rise.

“Our findings suggest that plants with some types of responses, like making their leaves thicker, will ultimately grow better in tropical forests than their competitors,” said study senior author Professor Abigail Swann.

“If these better-growing plants become more common in the forest, the total rates of water and carbon exchange could stay closer to what they are now.”

In previous work, Professor Swann and colleagues showed that the CO2-related thickening of tropical plant leaves could worsen climate change, considering that thicker leaves may also be smaller.

The new study expands on the earlier research to account for competition between plant species, and the ratio of carbon and nitrogen in the plants’ leaves.

Professor Swann said that the verdict is still out on why exactly plants grow thicker leaves under high CO2 levels. However, the results of the modeling study indicate that there may be a simple explanation..

“Thicker leaves can concentrate the nitrogen so that photosynthesis rates per area of leaf are high,” explained Professor Swann.

The study authors ran simulations for broad-leaf evergreen tropical trees, such as wild cashew and Ecuador laurel. The trees were programmed to have various responses to the higher carbon dioxide levels, and could compete with one another for space.

The study revealed that trees which were simulated to have more carbon relative to nitrogen in their leaves became less efficient at photosynthesis and emitted less water vapor.

On the other hand, tree species with leaves that also thickened during the simulations were better at absorbing carbon and producing water vapor, helping them grow tall and stay cool. These trees could also outcompete their neighbors.

“Our work suggests that by shifting which plants are growing in the forest there may be less dire consequences of higher CO2 than other studies have suggested,” said Professor Swann.

“There is a lot we still don’t know about how plants are responding to climate change — this work really sets up some best guesses about which plants will grow best in future tropical forests that we can test with more observations.”

The study is published in the journal Global Biogeochemical Cycles.