Tsunamis may have pushed a tropical disease into the Pacific Northwest • 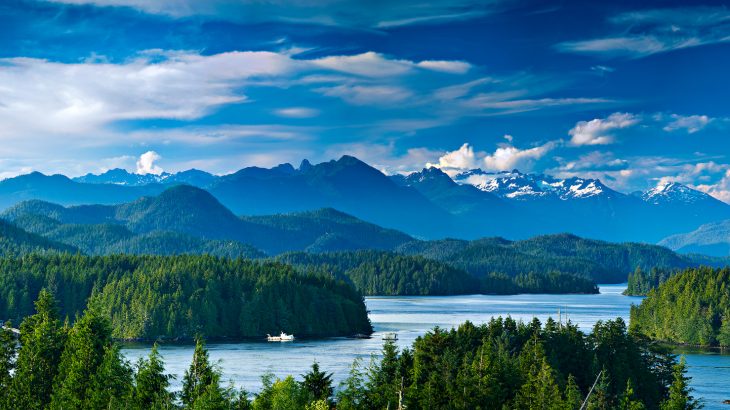 Tsunamis may have pushed a tropical disease into the Pacific Northwest

An investigation led by researchers at the Johns Hopkins Bloomberg School of Public Health has now revealed that the fungus may have been translocated by the Great Alaskan Earthquake of 1964 and its subsequent tsunamis.

The experts propose that ships likely initiated the northward spread of C. gattii by transporting it in their ballast tanks after the 1914 opening of the Panama Canal. Decades later, multiple tsunamis that were triggered by a magnitude 9.2 earthquake in Alaska could have pushed the tropical fungus onshore into coastal forest regions.

“The big new idea here is that tsunamis may be a significant mechanism by which pathogens spread from oceans and estuarial rivers onto land and then eventually to wildlife and humans,” said study co-author Dr. Arturo Casadevall. “If this hypothesis is correct, then we may eventually see similar outbreaks of C. gattii, or similar fungi, in areas inundated by the 2004 Indonesian tsunami and 2011 Japanese tsunami.”

Since the first case of C. gattii was reported on Vancouver Island 20 years ago, the Centers for Disease Control and Prevention (CDC) has documented more than 300 infections in the Canadian and U.S. Pacific Northwest region. The fungus typically infects people through inhalation, causing a pneumonia-like illness. If the infection spreads to the brain, C. gattii can lead to potentially fatal meningoencephalitis.

Evidence of C. gattii has been found in soil, water, and trees across coastal areas of British Columbia, Washington, and Oregon. However, experts could not understand how this tropical fungus could establish itself in a northern region with a cool climate. Study co-author and epidemiologist Dr. David Engelthaler was asked by the CDC to investigate.

Dr. Engelthaler’s team applied a “molecular clock” analysis to the DNA sequences of the C. gattii subtypes, and concluded that these strains of the fungus had arrived from an area in or surrounding Brazil 60-100 years earlier. This time frame corresponds with the opening of the Panama Canal.

Dr. Engelthaler also concluded that the regions which were colonized by several subtypes of C. gattii were the same areas of the Pacific Northwest that were inundated with seawater during the 1964 tsunamis.

“We propose that C. gattii may have lost much of its human-infecting capacity when it was living in seawater, but then when it got to land, amoebas and other soil organisms worked on it for three decades or so until new C. gattii variants arose that were more pathogenic to animals and people,” said Dr. Casadevall.