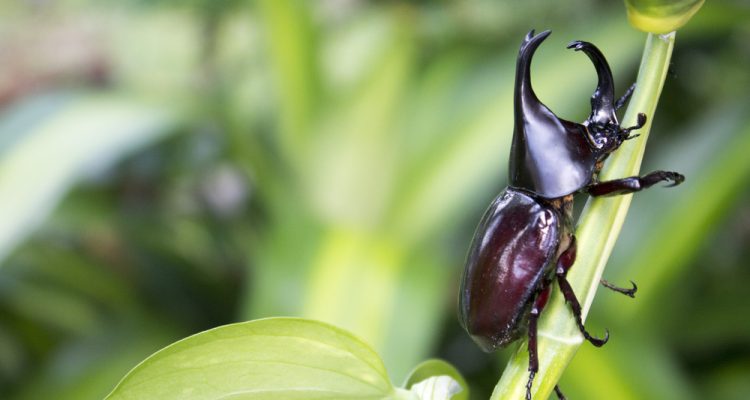 A new species of tundra beetle has been found in Antarctica – but it’s been dead for millions of years.

The fossilized forewings of two different beetles were found on Beardmore Glacier, a 124-mile-long feature near the Transantarctic Mountains. They belonged to a beetle species that liked between 14 and 20 million years ago, when the southernmost continent was a lot warmer, according to Dr. Allan Ashworth of North Dakota State University and Dr. Terry Erwin of the Smithsonian Institution.

They named the species Ball’s Antarctic tundra beetle after ground beetle expert Dr. George E. Ball, with the scientific name Antarctotrechus balli. They don’t yet know whether the wings were functional or if the species could fly, but it’s leaving a footprint on study of the frozen continent either way.

The beetle is one of only a few insects ever found on Antarctica. Fossil impressions of wings and bodies have been found dating to the late Paleozoic and middle Mesozoic ages, and a handful of more recent insect fossils have been discovered. Ashworth and Erwin have discovered a cyclorraphan fly and listroderine weevil on Beardmore Glacier.

Today, three species of flightless midges are the only insect life on Antarctica. The icy southern continent has very little vegetation and is very cold, making it inhospitable to bugs.

But the beetle find and the pair’s 2003 discoveries of the weevil and fly chill the notion that Antarctica has always been frozen.

When the beetle was alive, Erwin and Ashworth believe it lived along the banks of a meltwater stream, which likely had some sparse vegetation. Plant fossils associated with the beetle point to a tundra ecosystem. That tundra biome may also have provided habitat for Ashworth and Erwin’s earlier weevil and fly finds.

Though Ball’s Antarctic tundra beetle is now extinct, it seems to have some living relatives: the species Trechisibus, which live in South America, on South Georgia, a sub-Antarctic island, and on the Falkland Islands; and Tasmanorites, which live on Tasmania, an island off the south coast of Australia.

Ashworth and Erwin described their find in the journal Zookeys.