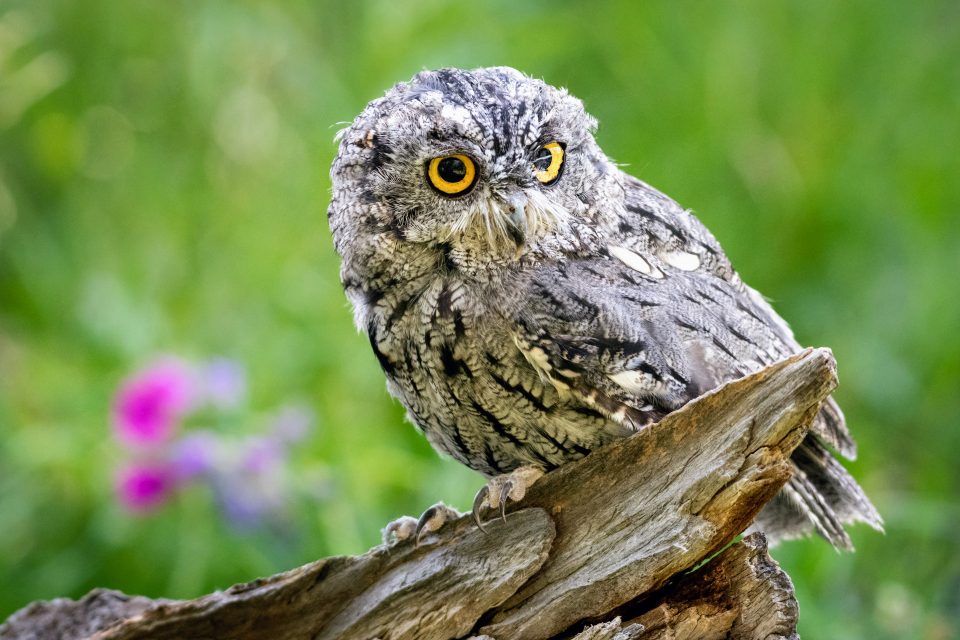 Scientists at the Field Museum and Drexel University have discovered two new species of screech owls in the Amazon and Atlantic rainforests. The experts report that the previously unknown species are already critically endangered.

“Screech owls are considered a well-understood group compared to some other types of organisms in these areas,” said study co-author John Bates. “But when you start listening to them and comparing them across geography, it turns out that there are things that people hadn’t appreciated. That’s why these new species are being described.”

The research team was led by Alex Aleixo, who is currently curator of birds at the Finnish Museum of Natural History in the University of Helsinki.

“Not even professional ornithologists who have worked on owls for their entire lives would agree about the actual number of species found in this group, so a study like ours has been awaited for a really long time,” said Aleixo.

The newly-described screech owls are cousins of Eastern Screech Owls, which are commonly found east of the Rocky Mountains in the United States.

“They’re cute little owls, probably five or six inches long, with tufts of feathers on their heads,” said Bates. “Some are brown, some are gray, and some are in between.”

Prior to this study, the new species were lumped together with two groups found in South America, the Tawny-bellied Screech Owl and the Black-capped Screech Owl.

Distinguishing the groups of owls took years of field studies in the Amazon and Atlantic rainforests. Bates said that conducting fieldwork in the rainforest at night comes with new challenges.

“For me it’s more a feeling of fascination than being scared, but at the same time, you’re running into spider webs. If you’re wearing a headlight you see the eyeshine of the nocturnal animals. One time I was stepping over a log and I looked down and there was a tarantula the size of my hand just sitting there,” said Bates. “If I had been a kid I would have been scared to death.”

Screech owls typically live high in the trees, which makes it difficult to study them.

“To draw the birds out, we used tape recordings,” explained Bates. “We’d record their calls and then play them back. The owls are territorial, and when they heard the recordings, they came out to defend their territory.”

When the experts analyzed and compared the birds’ calls, they detected variations in their sounds. The researchers also examined the birds and collected tissue samples for DNA testing.

Overall, the investigation was focused on 252 specimens, 83 recordings, and 49 genetic samples from across the range of the Tawny-bellied Screech Owl complex in South America.

The team’s analysis of the data revealed the existence of the Xingu Screech Owl and the Alagoas Screech Owl. Both of these owls are brand new to science, but are also threatened with extinction.

Study co-author Jason Weckstein is the associate curator of Ornithology in the Academy of Natural Sciences at Drexel University and a professor in the Department of Biodiversity, Environment and Earth Science.

“Both new species are threatened by deforestation,” said Professor Weckstein. “The Xingu Screech Owl is endemic to the most severely burned area of the Amazon by the unprecedented 2019 fires, and the Alagoas Screech Owl should be regarded as critically endangered given the extensive forest fragmentation in the very small area where it occurs.”

Bates said he hopes that the study will shed light on how varied the Amazon and Atlantic forests are and how simply protecting certain areas is not enough to preserve the forests’ biodiversity.

“If you just say, ‘Well, you know Amazonia is Amazonia, and it’s big,’ you don’t end up prioritizing efforts to keep forests from being cut in these different parts of Amazonia,” said Bates. “That could mean losing entire faunas in this region.”