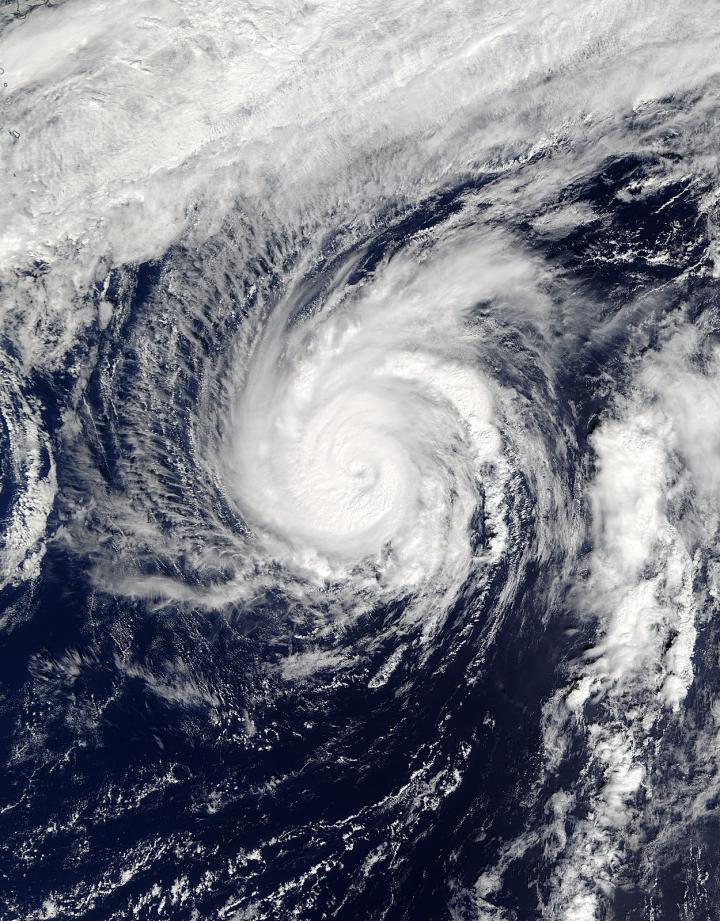 Small but powerful Typhoon Songda continued moving to the northeast and over the open ocean of the Northwestern Pacific Ocean when NASA’s Terra satellite passed overhead and saw its cloud-filled eye.

Tropical storm Songda, the twenty-third tropical cyclone of the northwestern Pacific Ocean formed on Oct. 9. At 5 a.m. EDT (0900 UTC) Songda was located about 488 miles east-southeast of Iwo To island, Japan.

It was located far from land areas and about 538 nautical miles southeast of Yokosaka, Japan near 29.3 degrees north latitude and 147.6 degrees east longitude. Songda was moving to the northeast at (11.5 mph/18.5 kph).