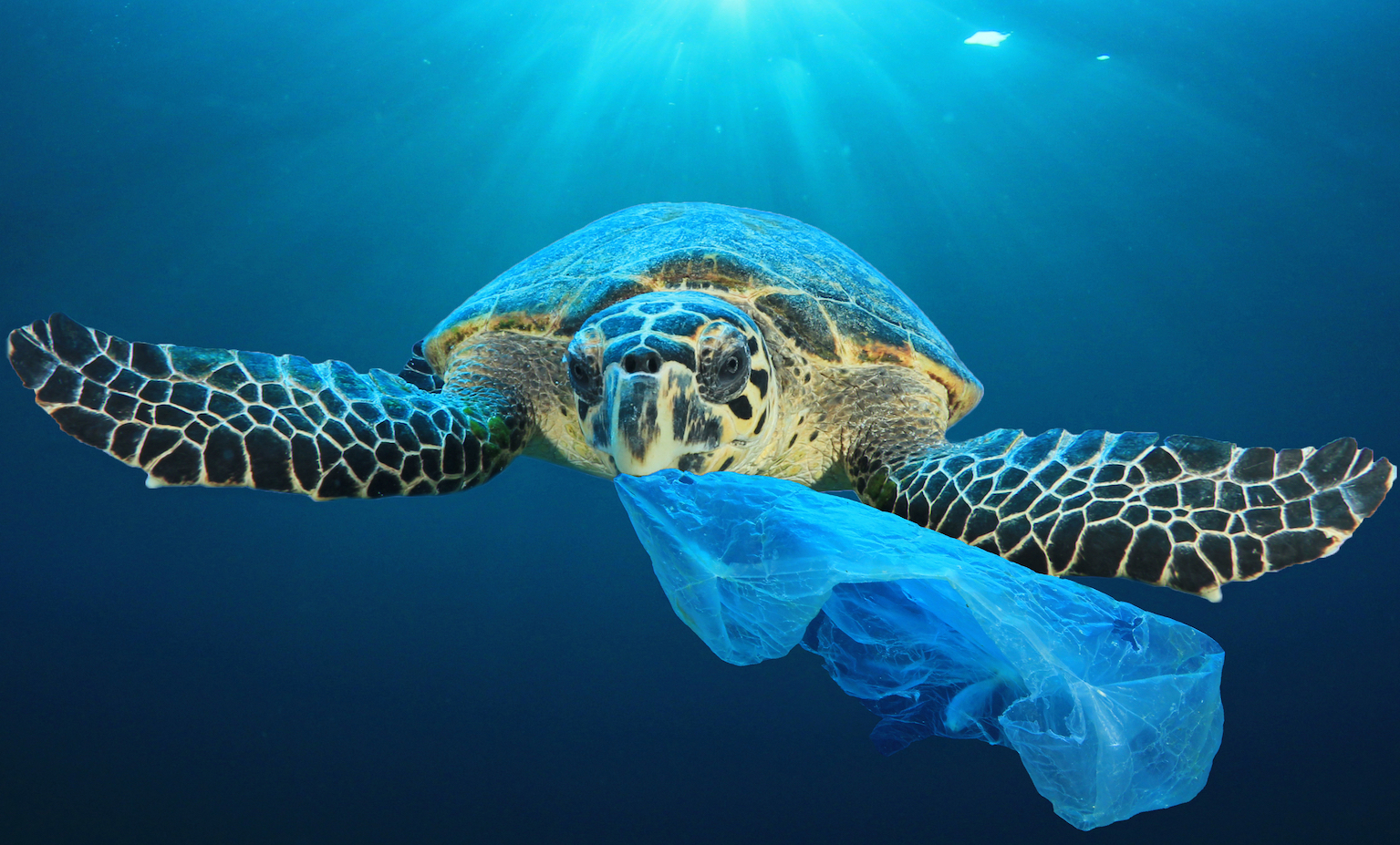 Plastic pollution has now even reached protected marine areas as far as the Galapagos Islands, a wildlife reserve which is mostly off limits to humans, and as deep as the Mariana Trench, the deepest point in the world’s oceans.

Finding plastic in these remote corners of the globe shows just how damaging and widespread our plastic problem is.

The pollution from plastic bags and bottles to microfibers are harmful to habitats as they can be accidentally ingested or become tangled around wildlife.

Now, the United Nations (UN) released a report that found that less than one-tenth of all the world’s plastic has been recycled and calls for immediate government intervention to ban or tax single-use plastic bags and food packaging.

The report was published on World Environment Day, and is the most comprehensive review of government action to curb single-use plastics.

UN researchers discovered that 5 trillion plastic bags are used every year and that a majority of the world’s plastic waste ends up in landfills or the ocean.

Even though many countries have implemented taxes or banned single-use plastic bags, the UN report shows that many of these policies have not been enforced or if they have, little research exists to show if those efforts have been successful in curbing plastic pollution.

“The scourge of plastic has reached every corner of the Earth,” Erik Solheim, the head of UN Environment said in the report. “Only nine percent of the nine billion tonnes of plastic the world has ever produced has been recycled.”

Plastic pollution is such a common problem now that the report found in South Africa plastic litter is referred to as the “new national flower.”

As far as the biggest offenders of plastic production, use, and waste, China is in the lead, but per capita, the United States produces the most plastic pollution.

The best course of action, as the UN suggests, is to crack down on single-use plastic bags and food containers.

“Targeted levies and bans – where properly planned and enforced – have been among the most effective strategies to limit overuse of disposable plastic products,” the report said.

Of the more than 60 countries that currently ban or tax plastic, 30 percent found plastic use was reduced a year after restrictions were imposed.

The report not only calls for more countries to restrict single-use-plastics but also for more research to better assess the success of plastic taxes and bans.

It can’t be denied that more has to be done worldwide to tackle plastic pollution, and the UN calls for improved recycling, incentives for not using plastic, and promoting reusable packaging and products.