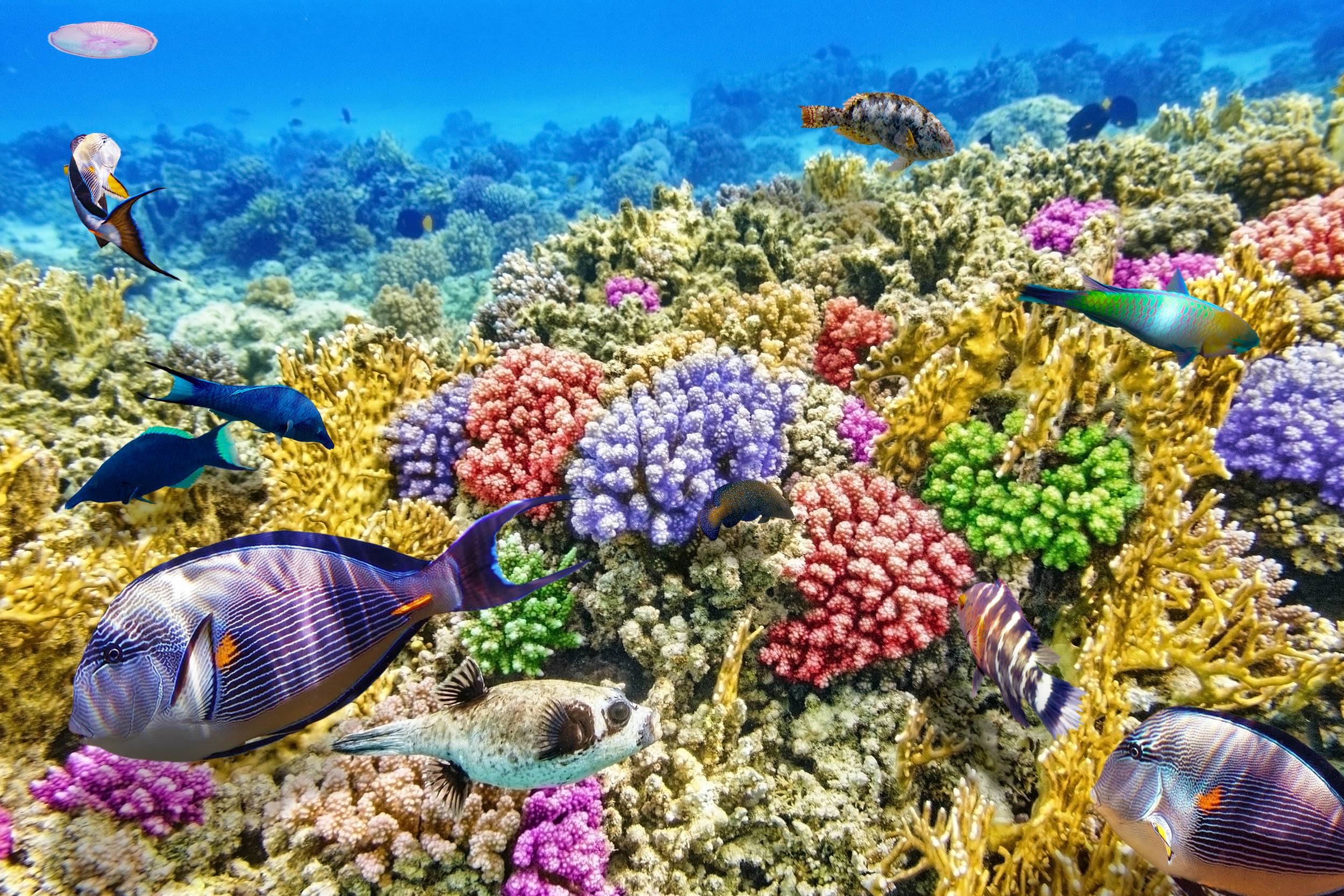 Uncovering the secrets of coral evolution

Corals first appeared on earth nearly half a billion years ago during the Cambrian Period of the Paleozoic Era. The ancient Greek philosopher Aristotle categorized corals as zoophyta, or “plant-animals”, due to their plant-like appearance. Closer examination of corals revealed that they are not plants at all, but instead belong to a group of animals called cnidarians, which includes sea anemones and jelly fish. Corals are generally immobile and colonial; the plant-like structure of corals is actually a colony of multiple coral polyps. Each coral polyp is an individual animal with its own tentacles, digestive filaments and mouth.

All animals begin their lives as fertilized eggs. From there, the egg divides and eventually forms a blastula, or hollow single-layered sphere of cells. Then, the embryo becomes multilayer of cells through the dynamic cell movement process called gastrulation. Each of embryonic layers are responsible for the formation of specific organs and tissues within an animal. Two layered animals, or diploblasts, contain an endoderm and an ectoderm from which all body structures are derived. Triploblasts, such as humans and insects, contain three layers. In triploblasts, the endoderm is comprised of the innermost internal organs such intestines and lungs, while skin and epithelial tissues form the ectoderm. The mesoderm includes bone, muscle, cardiac tissue and blood. Each layer is formed by interactive functions of various genes during early development.

Triploblasts diverged from diploblasts 600 million years ago. Very little research has been done to determine the evolutionary origin of the triploblastic mesoderm. Scientists had uncovered which genes are expressed in both diploblasts and the mesoderm of triploblasts, but a comparison of the functions of those genes in each type of animal had not yet been performed.

Researchers from the Marine Genomics Unit at the Okinawa Institute for Science and Technology Graduate University (OIST) are the first group to successfully manipulate the coral genes for comparison. A researcher from the Unit, Dr. Yuuri Yasuoka, developed a new technology to investigate the role of the mesodermal gene brachyury in coral development. The results of this study provide insight into the evolutionary development of the mesoderm and are published in Current Biology.

The research team at OIST focused on brachyury, a gene that plays a crucial role in mesoderm formation during vertebrate development. To distinguish the mesoderm from other layers, brachyury activates mesodermal genes while repressing ectodermal and endodermal genes. Brachyury is also important for the development of mesodermal tissues from pluripotent stem cells, such as embryonic stem cells. This gene exists in all animals but its function in diploblasts is poorly understood. Researchers from the Marine Genomics Unit, Dr. Yasuoka and Dr. Chuya Shinzato, performed a series of experiments using coral embryos and uncovered a piece of the evolutionary puzzle.

Because corals are one of the most primitive and successful cnidarian group, they are useful for understanding animal evolution. The OIST team studied the function of the brachyury gene in Acropora digitifera, the most common coral in Okinawa. “This study was achieved on the basis of the availability of corals in Okinawa, careful planning of experiments, and the amazing DNA sequencing facilities at OIST. Because the annual spawning day of corals is unpredictable and the quality of eggs is different each year, it took five years to obtain the results through trial and error.” Dr. Yuuri Yasuoka explains. Researchers at OIST have previously decoded the Acropora genome, making it suitable for these studies. However, because Acropora eggs float on sea water, it is difficult to manipulate them. To overcome this problem, the Dr. Yasuoka developed a method to retain the eggs between glass materials by surface tension (Figure 1). This allowed the scientists to then use microinjection to insert a material that inhibits the brachyury gene into Acropora eggs and examine the results of this inhibition in coral embryos.

The brachyury gene is expressed in the ectoderm around the blastopore, which is the boundary between ectoderm and endoderm. Corals have a bag-like digestive organ with a hole, derived from the blastopore, that functions as both a mouth and an anus. When the brachyury gene was inhibited using the microinjection method, coral larvae lost their mouth structures (Figure 2). This result suggests that brachyury is necessary for mouth formation in corals. In vertebrates, the mouth opens on the opposite side from the blastopore, which becomes the anus. Brachyury inhibition in vertebrates produces a similar appearance to that seen in corals. Mice with only one copy of the brachyury gene, rather than the usual two, are born tail-less.

Furthermore, comprehensive gene expression profiles of coral embryos were surveyed using a next generation sequencer at OIST. The result demonstrated that, in corals, brachyury activates ectodermal genes while it represses endodermal genes. The comparison of brachyury functions in corals and vertebrates suggests that ectoderm expressing brachyury in corals corresponds to mesoderm in vertebrates. In terms of gene functions, cells around the mouth in corals share common origins with mesodermal cells in vertebrates that produce bone and muscle. In other words, the origin of mesoderm for vertebrates is likely to be ectoderm of their diploblastic ancestor. This is a plausible answer to a long unsolved question.

Dr. Noriyuki Satoh, leader of the Marine Genomics Unit, further explained: “One of our unit’s research topics is to explain evolutionary processes of animal body plans at molecular levels. The finding that brachyury plays a role for blastopore formation during coral development has very high impact because corals lack a mesoderm and brachyury functions to form the mesoderm in vertebrates. We will continue to investigate brachyury functions in various animals”.

Further studies using corals are warranted to answer more scientific questions. Corals play a vital role in the marine ecosystem, making them an important animal to study. “Coral reefs are crucial to supporting the biodiversity of the earth and also possess economic values for fishery and tourism. While the whole genome sequence of a coral species was decoded previously, the molecular basis of the coral ecosystem remains unknown. To find real roles of coral genes, we have waited for coral spawning every night. This study marks a huge progress in the study of corals and hopefully contributes to preservation of corals in future”, revealed Dr. Chuya Shinzato.