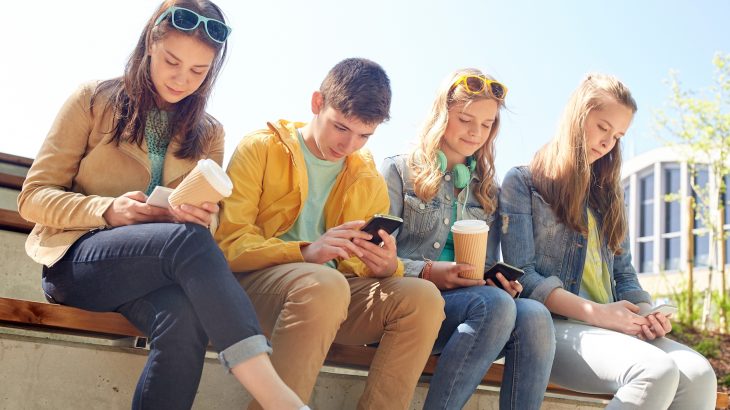 It should come as no surprise that people are spending more and more time in front of screens these days.

Advancements in smartphone technology have made it possible for people to check email, browse the internet, update social media and stream movies and TV whenever you want, and recent reports have found that people are spending 10 to 11 hours a day looking at screens.

Screen time has been linked to depression, anxiety, a decrease in happiness and well-being, and difficulty falling asleep. But what’s even more worrying is that many of these studies emphasize the risk that children and teens face for screen-time related health problems.

The question is how much is too much screen time for young people and what limits should parents try and impose to decrease these risks? A new study may have the answer.

Jean Twenge, a professor of psychology at San Diego State University, has conducted several studies examining the impacts of screen time on mental health, cognitive ability, and well being.

Twenge’s most recent work shows that adolescents and teens who spend seven or more hours a day on their screens are more than twice as likely to be diagnosed with depression or anxiety.

The study was published in the journal Preventive Medicine Reports.

Twenge and her colleagues reviewed data from the Census Bureau’s 2016 National Survey of Children’s Health and measured the screen time use and psychological well-being of 40,337 young people ages two to 17.

The researchers found that after one hour of screen time, whether it was on phones, computers or tablets, additional hours of screen time were linked to decreases in psychological well-being.

This included being easily distracted, harder to care for, and having less emotional stability.

20 percent of the children ages 14 to 17 in the study spent at least seven hours a day on screen time.

“At first, I was surprised that the associations were larger for adolescents than for younger children,” Twenge told Time. “However, teens spend more time on their phones and on social media, and we know from other research that these activities are more strongly linked to low wellbeing than watching TV and videos, which is most of younger children’s screen time.”