Unraveling one of the greatest feats of human migration • Earth.com 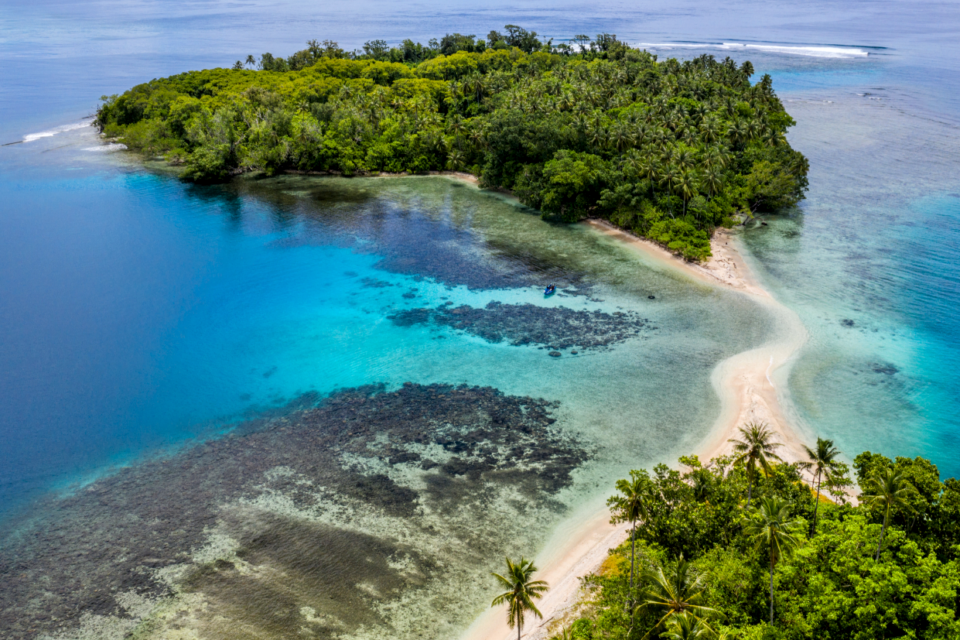 Unraveling one of the greatest feats of human migration

Early seafarers in the Pacific managed to populate some of the most remote and isolated islands in the world. This achievement, undertaken in open canoes without modern navigation technology, is one of the greatest feats of migration in human history. These adventurers eventually populated habitable islands in Melanesia, Micronesia and Polynesia and left us to wonder exactly how it all happened.

A new study by researchers from the Australian National University (ANU), the University of New South Wales and the University of Papua New Guinea has now shed additional light on how the Lapita peoples may have used Papua New Guinea as a springboard for traveling to the Pacific islands. The term “Lapita” refers to an ancient Pacific culture with genetic origins in Southeast Asia, more specifically in what is today Taiwan and the Philippines. These seafaring people are believed by archaeologists to be the common ancestors of the contemporary cultures of the Melanesian, Micronesian and Polynesian islands.

The early settlers of these islands left behind few clues for scientists to reconstruct their journeys – these include clearly related languages on widely scattered island groups, sweet potatoes, stone tools and, in a few places, great stone statues of human figures. But they did leave some very distinctive ceramic ware. It was the discovery of just such a sherd of beautifully decorated Lapita pottery on Brooker Island, in 2017, that led ANU researcher Dr Ben Shaw to initiate further study on this island.

“Lapita cultural groups were the first people to reach the remote Pacific islands such as Vanuatu, around 3,000 years ago. But in Papua New Guinea where people have lived for at least 50,000 years, the timing and extent of Lapita dispersals are poorly understood,” Dr Shaw said. “For a long time, it was thought Lapita groups avoided most of Papua New Guinea because people were already living there.” Although fragments of the unique pottery have been found on mainland Papua New Guinea, archaeologists believed the Lapita people never settled in this area.

“We found lots of Lapita pottery, a range of stone tools and evidence for shaping of obsidian [volcanic glass] into sharp blades,” Dr Shaw said.

These finds are fairly typical of other Lapita archaeological sites in archipelagos in the region. However, on Brooker Island the excavation went below this level and revealed a complete change in artefacts, behavior and remains.

“As we dug deeper, we reached an even earlier cultural layer before the introduction of pottery. What amazed us was the amount of mammal bone we recovered, some of which could be positively identified as pig and dog. These animals were introduced to New Guinea by Lapita and were associated with the use of turtle shell to make tools,” explained Dr Shaw.

The findings provide the earliest evidence for Lapita-introduced animals, turtle bone technology and repeated obsidian import in southern New Guinea 3,480–3,060 years ago. This timing is synchronous with the establishment of the earliest known Lapita settlements, some 700 km away.

The researchers inferred from these findings that Lapita cultural groups introduced pottery to the site around 3,000 years ago. They found it more difficult to explain the presence of the other, older artefacts in the lower layers, however. Either the early inhabitants were Lapita people who were only temporarily based at the site and did not have time to make pottery before they moved off somewhere else, or the inhabitants were Papuans who had acquired domesticated pigs and dogs from Lapita groups at other island sites (Papuan cultures are not associated with the use of pottery).

What is certain is that the site gives evidence that interactions between the Lapita people and the Indigenous Papuans took place. This is supported by genetic analysis of several Lapita skeletal remains from other archaeological sites that identifies the presence of an admixture of Papuan genes.

Lapita culture can thus be seen as a complex mixture of cultural elements introduced from Southeast Asia and from long-established cultures in Papua New Guinea. The evidence points to a migration of Lapita people, first through the inhabited landscapes of Southeast Asia and then further southwards and eastwards to populate the hitherto uninhabited islands of Melanesia, Micronesia and Polynesia. The site at Brooker Island gives evidence of Papua-Lapita interactions at the frontier of expansion into these new ecosystems.

According to Dr Shaw, later Lapita dispersals through Papua New Guinea, and interactions with Indigenous populations profoundly influenced the region as a global centre of cultural and linguistic diversity.

“It is one of the greatest migrations in human history and finally we have evidence to help explain why the migration might have occurred and why it took place when it did,” he said.

“We had no indication this would be a site of significance, and a lot of the time we were flying blind with the areas we surveyed and when looking for archaeological sites, so it is very much like finding the proverbial needle in a haystack.”