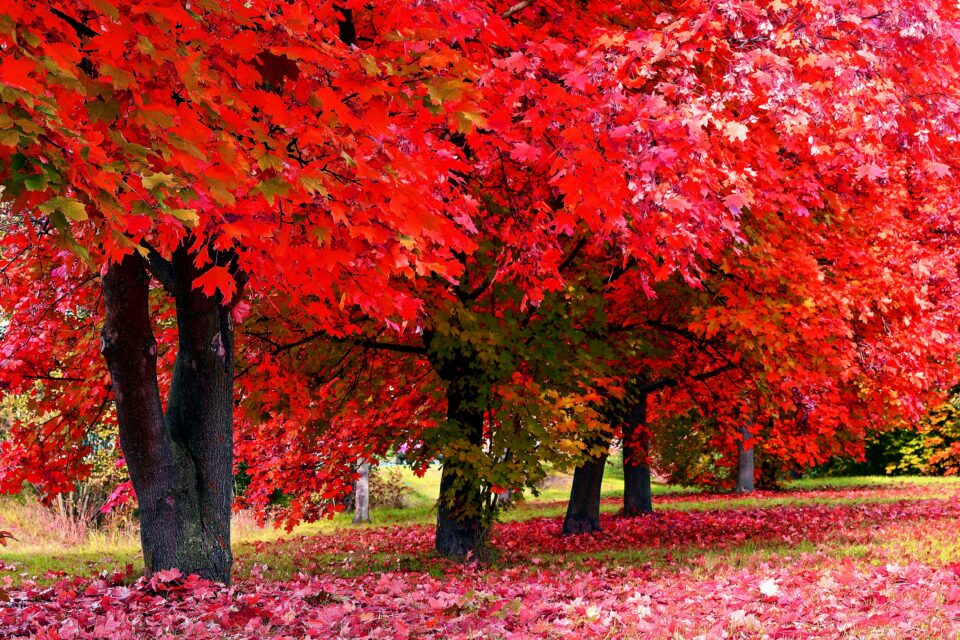 City trees are good for us. Research has shown that they improve our physical and mental health, clean the air, store CO2, and cool local temperatures. But comparatively little is known about urban forests as ecosystems, particularly in regard to their spatial composition, species diversity, tree health, and the abundance of introduced species. As climates change it is important to understand some of these variables in order to protect urban trees and their associated animal and plant communities, and to plan appropriately for the planting of new trees in urban areas in future.

A new study, published in the journal eLife, has attempted to fill this gap by collecting and analyzing data on 5.6 million trees in 63 of the largest U.S. cities that maintain tree inventories. The data included the trees’ locations, species and individual health. The researchers also determined whether the species were naturally occurring (‘native’) or introduced to the area, using information from the Biota of North America Program (BONAP), which documents the distribution of plants on the continent.

“Many studies show that urban forests help humans – they save money, clean the air, and more – but few have assessed city tree biodiversity, which protects forests from being wiped out by disease or climate change. More diverse forests also confer greater mental health benefits for humans and support more wildlife,” said Dakota McCoy, a Science Fellow at Stanford University in Stanford, California, USA. McCoy is a co-lead author on the study alongside Benjamin Goulet-Scott, Higher Education and Laboratory Coordinator at Harvard Forest, Harvard University’s ecological field station in Petersham, Massachusetts.

The researchers found that, on average, only 46 percent of urban trees were naturally occurring in the area where they were planted, with the rest being introduced species. Furthermore, introduced species were more common in hotter, drier cities, while the wetter, cooler cities were home to more native species. Newer cities also tended to have more naturally occurring trees, suggesting that changing practices by city arborists may already be impacting the biological structure of urban forests.

Although all trees, whether introduced or native, perform vital ecosystem services in our cities, naturally occurring tree species are more important in creating diverse, resilient ecosystems.

“Naturally occurring tree species support richer local ecosystems and provide essential food and habitats for birds and butterflies,” said Goulet-Scott. “But cities are harsh environments for trees, and we often choose street trees from a short list of hardy species, which may be introduced or naturally occurring. We could see that cities with more introduced trees had similar mixes of tree species and less ecosystem diversity across cities as a result.”

In order to understand the spatial distribution of urban trees, the scientists designed new tools to analyze clustering and the abundance of introduced species. They found that, in 47 of the 48 cities with sufficient data, the urban trees were commonly clustered into single-species groups. This human practice may make the trees more vulnerable to insect pests and enhance the rapid spread of diseases such as the infamous Dutch elm disease.

When considering urban forests in Washington, DC, the team also found qualitative socioeconomic disparities in the locations and diversity of trees. Wealthy neighborhoods had more trees and a greater variety of species than poorer areas. The authors say that future analyses of urban forests should factor in neighborhood socioeconomics. Additionally, they suggest that citizen science initiatives could be used to document bird, insect and plant diversity in urban forests in order to understand how well they support biological communities in the urban setting.

In conclusion, the authors state that, compared to past research that focused on canopy cover and species richness of trees in urban settings, their new analytical techniques show the importance of understanding spatial composition and the abundance of introduced species. They hope that their work will help city managers to design future plantings to maximize resistance to pests and the effects of climate change.

“We hope our work will empower local decision-makers to select and plant city trees that build resilience against climate change and possible outbreaks of pests and viruses, as well as maximize the health benefits trees provide all city dwellers,” said senior author John Kartesz, Director of the Biota of North America Program.